The people of Summerfest

The people of Summerfest 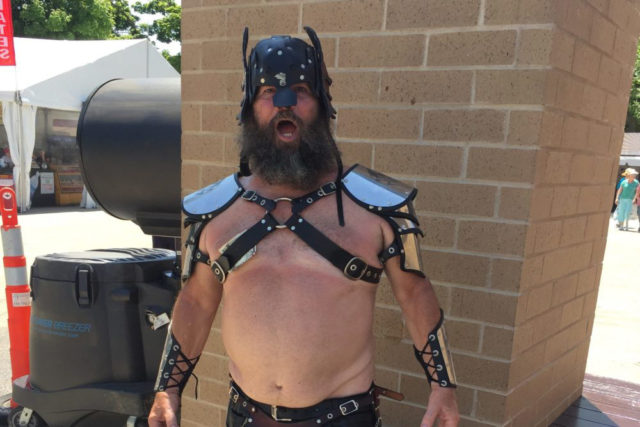 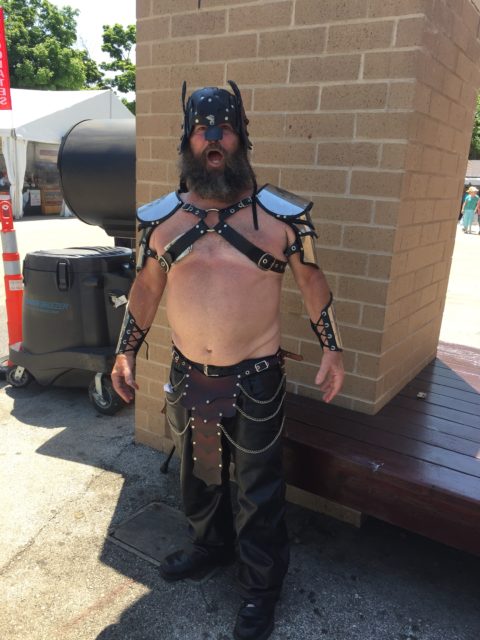 Michael has been coming to Summerfest for 10-12 years and he comes for all 11 days. He’ was seeing Dorothy; she’s an up-and coming-star out of L.A. and he said her voice warms his heart. Michael works at Renaissance fairs and started sporting his look there. Being a cancer survivor, he realized he liked the attention and the positive feedback from others and it made him happy, so he started wearing it to Summerfest. One year for three days, then five, then nine, and this year he was shooting to wear it for all 11. Rock on! 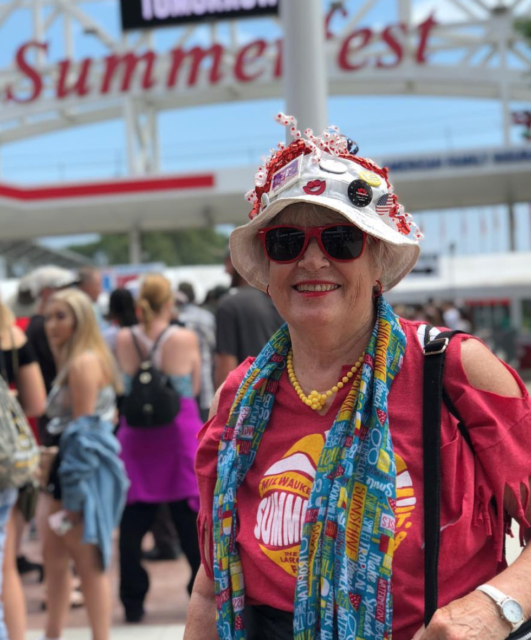 In line this morning we talked to Karen Drescher. Karen said, “Summerfest saved my life.” She has had heart surgery half a dozen times including recently and she was in line at noon on opening day! Karen is our hero. 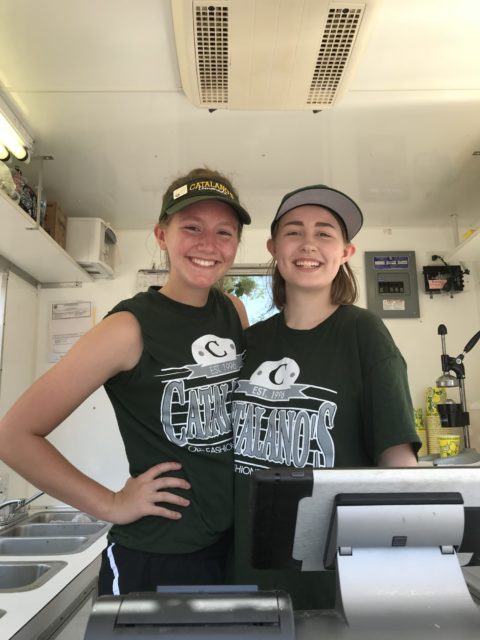 We all know the iconic Catalanos lemonade stands at Summerfest, so it’s time to meet the people inside. Meet Kaitlyn and Megan. Kaitlyn has worked at Summerfest for four years, and this is Megan’s first. Both girls are students from Milwaukee. Kaitlyn attends Iowa State, and Megan, a high school student, is making plans to attend a state university in the Midwest. According to Megan, her arms get sore after about three hours of shaking up those ice-cold lemonades for customers. Despite the heat in and outside of the Catalanos tent, they both agree that they’re serving the best drink at the festival. 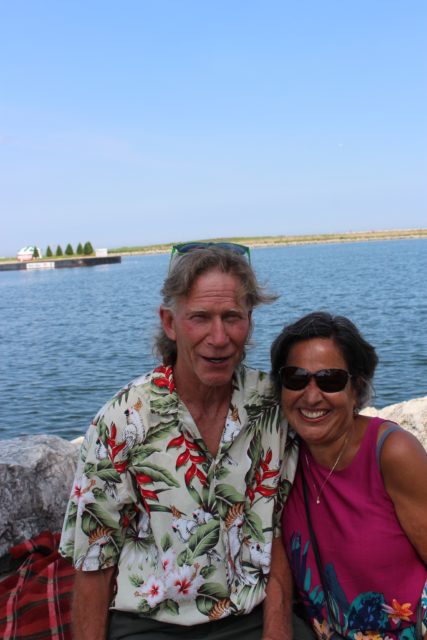 Chicago locals  Dave and Belia drove all the way up to Milwaukee for one day of Summerfest. It was their first time attending the festival together, but Dave is a Summerfest veteran, having made the drive up multiple times in years past. He says Milwaukee music festivals are “cleaner and better” than those in Chicago (his words, not ours). Dave and Belia came to Summerfest on a mission to discover new music, an ambition near and dear to our hearts here at 88Nine. They said they’ll be back, so keep an eye out for our new friends from the Windy City at next year’s festival. 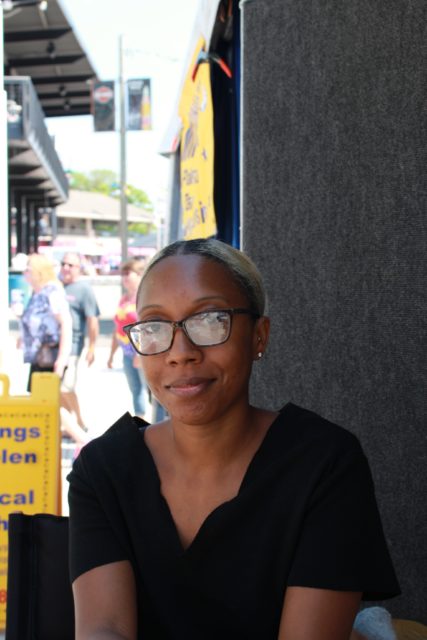 Mickayla, an arts administrative worker from Chicago who was working at the Clifton Henry Photography tent for her first Summerfest. “I support artists, but I’m not creative myself,” she said of her job. No stranger to Chicago music festivals, Mickayla attended Mamby On The Beach in June and is looking forward visiting Pitchfork Music Festival later this month. She mentioned J. Cole as a Summerfest favorite and recommends Smino to those unfamiliar with the Chicago artist. 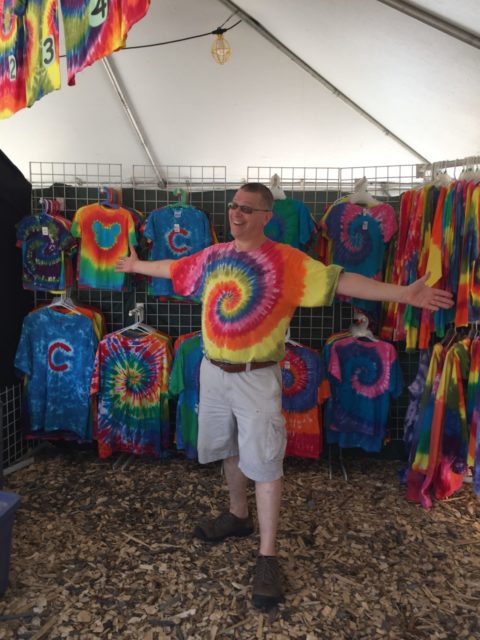 Tim Wifler has been traveling from Crete, Illinois to Milwaukee for Summerfest for the last 16 years. All Tyed Up has a tent near the Kid’s Play Zone where Tim and his employees tie dye with people of all ages. You can purchase any of the completed products or create one of your own! When asked if it’s a family business, Tim replied that “they all bleed rainbow but are not actually blood-related.” Their Facebook page is called All Tyed Up, so toss them a like. 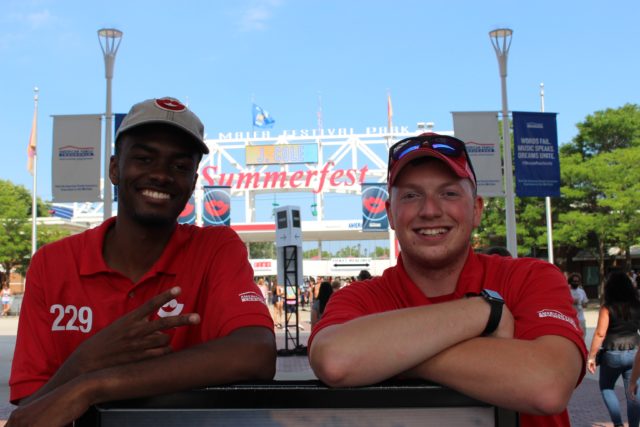 If you’re looking for the Summerfest experts, look no further! Together, Quaid and Eric have 10 years of Summerfest working experience. For Quaid, Summerfest is a family business. His dad and brother both used to work at the fest. When asked about the best acts they’ve seen during Summerfest, both noted shows from this year’s festival: Eric’s favorite act was Marshmello and Quaid said Logic and Halsey’s show was the best he’s seen (with Kendrick Lamar as a close second). According to Quaid and Eric, it’s the people who work at Summerfest that keep them coming back, saying, “It’s kind of like summer camp, with your friends who you see every year.” 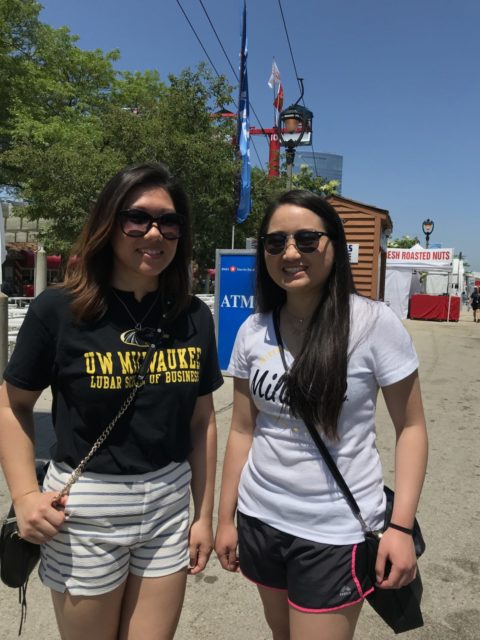 Chrystal and Melissa, first and second-time Summerfest goers, decided to visit the grounds for University Day. Both Milwaukee locals, Chrystal is studying Human Resources and Melissa is studying Marketing at UW-Milwaukee. They planned their visit to Summerfest early in the day, braving the heat in order to get out before the crowds file in. Good plan.

We also met a human statue and a Summerfest shuttle driver.

Did you meet interesting people this year at Summerfest? Share and tag them.

Here's who we met this year on the grounds

Can you believe Summerfest is already over?

One of the things we love about Summerfest is the mix of people that make the experience. From other fest-goers to entertainers, street performers, vendors and volunteers.

Meet a few of the people of Summerfest below! Recognize any of these faces?