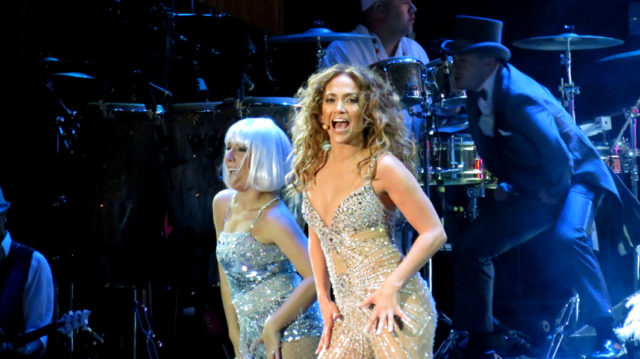 Every day during Summerfest, we’re rounding up festival highlights and hidden gems and sharing Radio Milwaukee staff picks. Here’s everything you need to know about Summerfest’s Wednesday, July 3, lineup (featuring Taking Back Sunday, The Roots, Switchfoot, Matoma and more) as well as the full schedule and how to get in free today. We’ve also got the scoop on tonight’s lakefront fireworks.

We’ll be honest: Great as they are, The Roots can be a hard act to get excited about seeing live. After all, they’ve been regulars at Summerfest for years now, so if you’re a Milwaukee hip-hop fan chances are you’ve seen them before. Plus they’re on TV five nights a week as the house band for Jimmy Fallon, a gig that’s robbed them of some of their luster and prestige. But despite their overexposure, their contributions to hip-hop are undeniable: They raised the bar for what a rap concert could be, and it’s no wonder they were one of the first hip-hop groups ever to release a live album. And they still have some vital music in them. Their most recent album, 2014’s intense ” …And Then You Shoot Your Cousin,” was absolutely uncompromising, the last thing you’d expect from the band that backs the guy who writes thank you notes on NBC every night. Are they the band you’ve been looking forward to seeing all summer? Probably not. Will you be glad you made the effort to see them anyway? Almost certainly.

Summerfest filled its American Family Insurance Amphitheater lineup with first-time performers this year, and one of the bigger ones is Jennifer Lopez, the Latin pop star who will be making her first appearance at the Big Gig on a tour commemorating her 50th birthday. “Fans can anticipate a signature Jennifer Lopez show each night,” according to the press release for the tour. “The It’s My Party Tour will feature a nonstop party mix of Jennifer’s new and classic anthems, showstopping choreography and dancers, dazzling wardrobe, jaw-dropping technology and set design, and all of the glamour and wow-factor fans have come to expect of Jenny from the Block.”

At the Miller Lite Oasis: Taking Back Sunday, 10 p.m.

Loud, emo and proud after 20 years, Taking Back Sunday is including Summerfest in their anniversary celebration. Though their members have rotated in and out over the past two decades, they continue to produce solid new music, and perform at festivals internationally. Likely to attract devout fans and curious pop-punk heads, their set is sure to feature lyrics you can chant and guitars that trigger satisfying emotional release.

Grammy winning gospel-rockers Switchfoot have been known for their uplifting lyrics and quintessential San Diego, rock sound since the 90’s. Their latest record, “Native Tongues” explores the love and joy brought on by the birth of lead Jon Foreman’s son. On the album, they experiment with a poppier edge, with the help of OneRepublic bassist Brent Kurtzle, and Kaela Sinclair’s refreshing vocals on “The Hardest Art.” Their show is sure to be a mix of hard rock and pure, faithful fun for all ages.

We recommend one of our own: DJ Kenny Perez @ Harley-Davidson Roadhouse, 7 p.m.

Each week DJ Kenny Perez spotlights the best in electronic, house and dance music on In The Mix. As amazing as the guest mixes always are, though, more often than not the star attraction of each show is Kenny’s own mixes — he’s got a gift for keeping the energy up, no matter what he’s mixing. If you’ve never seen him in action, tonight is you chance. He’ll spin a set at the Harley-Davidson Roadhouse ahead of Two Friends at 8 p.m. and Matoma at 10 p.m.

Although they aren’t officially part of Summerfest, the festival grounds provide a great view of tonight’s other huge lakefront attraction: Milwaukee’s annual July 3 fireworks display. The fireworks begin at 9:30 p.m. and will last a whooping 45 minutes. As always, you may want to reconsider driving tonight, because traffic will be intense. The Journal Sentinel has rounded up everything you need to know about tonight’s fireworks.

Today’s promotion is Direct Supply Seniorfest Day, so visitors ages 60+ will be admitted for free when they present their ID at the designated turnstile, at any gate. Admitted seniors will also receive a voucher for $2 off a food or non-alcoholic beverage purchase over $10.

And for those of you who aren’t 60 yet, you don’t have to pretend to be older just to get into Summerfest for free. Today is also H.O.G. (Harley Owners Group) Members Day, where anyone can receive one free admission ticket when presenting a valid H.O.G. card.