Concerts at the Fiserv Forum so far, by the numbers

Concerts at the Fiserv Forum so far, by the numbers 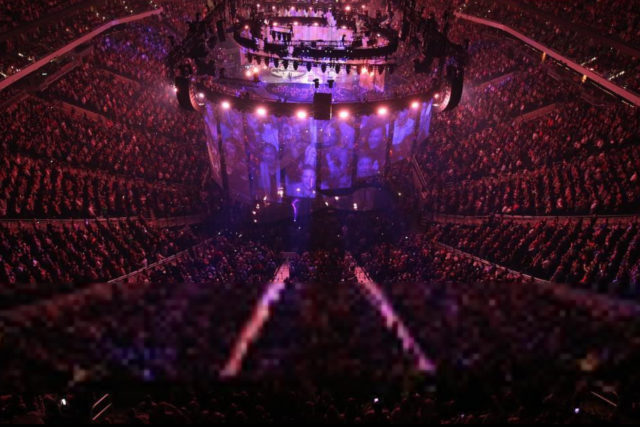 Justin Timberlake at the Fiserv Forum

According to Piet, “In a single week, the Fiserv Forum grossed an impressive $6.3 million from four blockbuster shows. In just three months, it sold 128,850 concert tickets — 10,000 more than the BMO Harris Bradley Center did for all of 2017.”

So in a few words: the Fiserv Forum concerts are doing really well.

According to data from Pollstar, the venue lands at No. 127 on the concert trade publication’s list of top-selling arenas in the world.

Also with data from Pollstar, Piet reported these stats about ticket sales, concert gross income and how these tours did in Milwaukee vs. other cities.

Our big arena is helping draw big names. Here’s how each of them made in 2018.

Not all of the concerts did well, however. Fleetwood Mac sold less than last time the band was in town and played the Bradley Center. Comedian Kevin Hart underperformed compared to his shows in other cities.

And you don’t need data to show that J. Balvin’s October appearance fell short. It was the first entirely Spanish-language concert tour to play a Milwaukee arena, though only a few thousand people ended up in the audience.

But Taj Saha, the Forum’s general manager, says J.Balvin won’t be the last Latin artist he brings to the arena. He’s looking at dates for more possible Latin shows and vows to book more hip-hop than the Bradley Center did, whose last rap show was with 50 Cent and Jay Z in 2003. He also wants to bring the first EDM show to the arena this year.

With all the success that the Fiserv Forum’s concerts are seeing, it’s easy to chalk it all up to a “honeymoon period.” Though the excitement of a new arena may have inflated ticket sales a bit, we think there are a lot of factors that will keep ticket sales sustainable.

First, there’s the anticipated increase in the diversity of shows that Saha plans to bring to Milwaukee. Then, there are a lot of perks that make the area attractive to touring shows: lots of loading docks, lots of lower-bowl seats (which bring in more money) and a large backstage area with hospitable touches like a barista and a game room for crews. Plus, the Forum has the Milwaukee Bucks.

Unlike the Bradley Center, the Fiserv Forum is owned by the team and shares a very successful marketing department. Considering that Bucks games have been consistently selling out at the new arena, its concert promotion is in good hands.

With all of this in mind, we’re not expecting these huge concerts at the Fiserv Forum to slow down any time soon.

As Piet shares in his recent article in the Journal Sentinel, the Fiserv Forum is already on track to beat the BMO Harris Bradley Center’s record in its strongest concert year, which was 2008. That year, it held 18 concerts, while this year, the Forum has already locked in the same number, but still has plans to pull off 30 shows. And in its first three months, the new arena has already sold 128,850 concert tickets. Pretty impressive.

Read more and listen to the podcast episode below to hear Piet and Justin (subbing in for Jordan) discuss the numbers on how the concert business has been going over at the Fiserv Forum since opening in August.