The Milwaukee concerts we can’t wait to see this winter

The Milwaukee concerts we can’t wait to see this winter 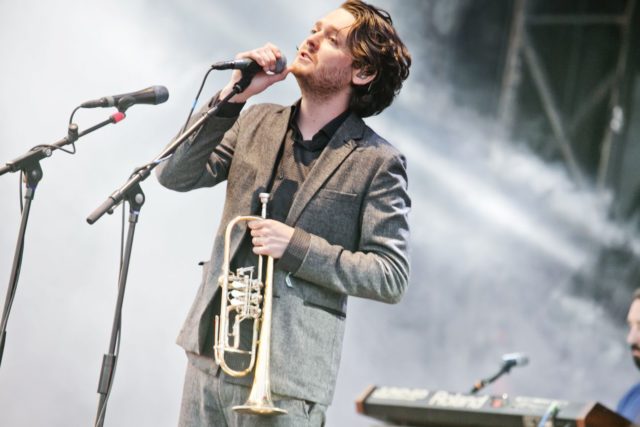 Concerts coming to Milwaukee this winter

December 7 at the Riverside Theater

Jason Mraz’s music has matured a lot since “I’m Yours.” Last year’s album “Know.” was some pretty inspiring folk-pop. Listening to his songwriting live would be even better. Plus, we hear Jason Mraz’s on stage commentary is pretty funny.

January 24 at the Fiserv Forum

This Rock ‘n’ Roll Hall of Famer hasn’t been in Milwaukee since 2006. And he’ll probably never be here again—this is part of his final tour.

February 19 at the Fiserv Forum

This winter is probably your last chance to see another living legend in Milwaukee—Elton John. This date is part of his Farewell Yellow Brick Road tour. Only a few “platinum tickets” remain through Ticketmaster, though you might be able to snag resale tickets on sites like StubHub, SeatGeek and Vivid Seats.

February 21 at the Pabst Theater

It’s also a pretty big deal that Beirut is coming to town. Zach Condon is a much younger artist, but his bittersweet vocals combined with his Eastern European-inspired instrumentals are a visceral experience. His new album “Gallipoli” is a cathartic mix of all the old and new records and it should make for a cinematic experience at the Pabst.

Field Report – Home for the Holidays

December 14 at the Pabst Theater

Field Report is back in Milwaukee for a holiday show that will feel like home. The band members have put together an intimate concert where they’ll each be bringing their close, personal and musically talented friends on stage to perform select Christmas songs that are near and dear to them. And of course, you can expect Field Report to play songs from the new album.

December 29 and 30 at the Pabst Theater

The Gufs are getting the whole band back together for the first time since 2012 for a special 30 year reunion show. The first show on December 29 sold out so quickly that the Pabst added a second.

Milwaukee and Wisconsin’s favorite progressive bluegrass band, Horseshoes and Hand Grenades is doing a super intimate show in the Miller Caves on December 29. Tickets are scarce since it’s such a small and literally underground venue, but it is such a cool concept. If you can’t manage to get into that show, the band is also returning to the Pabst Theater for another New Year’s Eve show this year.

Milwaukee Record is continuing its annual tradition of bringing Milwaukee artists together to do covers of each other’s songs. It’s gonna be fun. From Direct Hit! adapting the music of Nickel&Rose, Paper Holland re-imagining Immortal Girlfriend, and Amanda Huff covering LUXI shortly after LUXI gives an electronic re-dressing to the ska stylings of Something To Do, Local Coverage is an incomparable event for a great cause. All proceeds will be donated to Milwaukee Women’s Center.

Though it’s getting harder to fight the urge to stay in as the weather gets colder, you should get out to these concerts coming soon to Milwaukee.

Read more and listen to the podcast episode below for more on the local and national acts with Milwaukee shows coming up this winter.

For more picks for winter concerts in Milwaukee, read Piet’s full article in the Journal Sentinel.