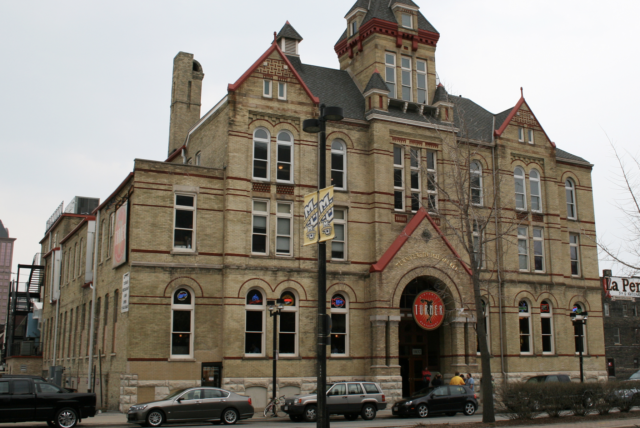 On our episode today we talk about music venues finally reopening. We saw some venues around the state reopen around Memorial Day, mostly bars and very small venues, but in recent weeks some of Milwaukee’s popular venues have started hosting small shows again as well.

Linneman’s Riverwest Inn, The Jazz Estate and Caroline’s have all held small shows. But the biggest show yet will happen on Friday. Turner Hall Ballroom will open up for three shows as part of its #ReviveLiveMKE series, starting with a Chicken Wire Empire concert Friday. [UPDATE: These shows have been canceled.]

There will be mask and social distancing requirements, and capacity will be capped at 25%. All attendees will have their temperature checked before they’re admitted.

“The whole live music industry is very much in jeopardy, so it’s not like anybody is ready to pop the champagne bottles yet,” Piet says, “but this is a big first step for the music industry.”

Meanwhile, a theater in West Bend is celebrating its second reopening this year. After a $4.4 million restoration, an old theater now known as The Bend had the misfortune of reopening on March 14, just days after the NBA abruptly canceled its season — this was the week that many major artists began to cancel their tours. So it was only open for one night.

But The Bend will reopen on Friday with the first of four planned reduced capacity shows, a performance from the Andrew David Weber Band.

Hear us talk about it all on this week’s episode below.