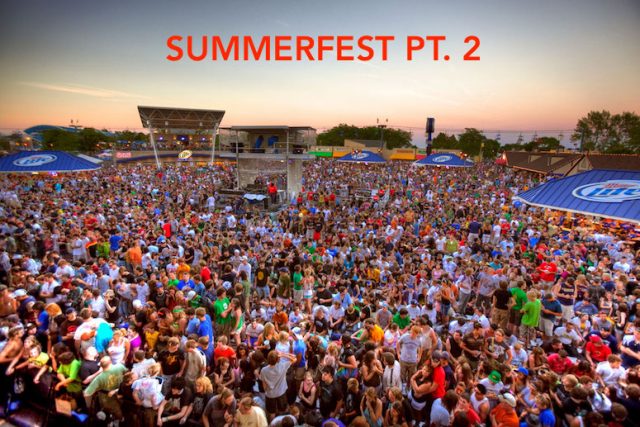 Detroit’s in Milwaukee at Mad Planet tonight when do-it-all dance band Electric Six meets up with Milwaukee’s Tigernite. Tigernite has perhaps the perfect complimentary sound and energy to team up with Electric Six, energy might just be their strongest suit and they had an excellent set at last weekend’s PBR Fest. Seeing both bands at a smaller venue like Mad Planet should be a real treat.

Plenty of bands say they have no genre but Electric Six makes music that truly blurs many lines; a sort of disco-punk, synth-pop sound with swagger. Also on the bill is Denver duo In The Whale, who rock pretty hard on the few singles they have on their bandcamp page. Overall, I think this is gonna be a pretty energetic show if they can get the right crowd to see them, might be the best of the night if you’re not at Summerfest.

Right there in the middle of things, ideas for what to do with what summer brings…

Summer seems to have upped the ante a bit and as we get closer to midsummer, now is not the moment to let all the good times roll away from you.

It seems that every year, during the period of time that Summerfest is happening, many local bars and venues dial it way back. And I’m not sure it’s a gift to Summerfest or a form of capitulation to a resignation that much of their clientele is probably going to be at Summerfest anyway. Whatever the case, Summerfest is on for its last weekend and it’s looking like a strong finish…

The last weekend of the Big Gig starts tonight and there are a dizzying array of options; a thing that happens at sometimes at Summerfest that makes you make hard decisions about what to stay and see. I always graze the whole place when this happens to me, and I’ll be at our booth tonight so I just might…

Could pull a Ken Sumka and go see Cheap Trick at the B-MO or hit up the Harley Stage for locals Brett Newski and Midwest Death Rattle who lead right to a Violent Femmes show that could be pretty interesting. Or, you could keep it old-school and funky at the Briggs stage with locals Tweed Funk banking the legendary Harvey Scales who is in turn setting it up for Kool and The Gang to jungle boogie the joint. If that ain’t enough, The Decemberists are headling the Miller Lite Oasis at 10pm and if that’s not enough I may just chill and see some heritage music from NO’s Preservation Hall Jazz Band (seriously!)

On a Boat! with Canopies

Milwaukee Boat Line knows what they’re doing with these concert cruises they’ve been having over the years and this Friday they’ll have some good company aboard the Vista King with Canopies. If you’ve never seen Canopies, they’re a pretty sick band that has an electro, synth pop sound that should play well over the waves. And that’s just it, this would be a cool show anyway, but it’s even better when you’re steaming down the Milwaukee River and kicking it cool on hot day out on Lake Michigan.

Summerfest’s 49th edition comes to an end this Sunday and the finale looks fresh even if you don’t have tickets to see Sting and Peter Gabriel headline the Marcus Amphitheater. Ryan Adams is at the Harley Roadhouse at 10pm while the Briggs & Stratton Stage has a nice reggae line-up featuring local reggae act RAS Movement and perennial fan favorite Matisyahu holding the late torch. If for some reason none of that floats your boat, you could do far worse than stopping by the 88Nine Stage for a one-two punch of Paul Cebar at 8pm followed by some hot afrobeat from Femi Kuti. 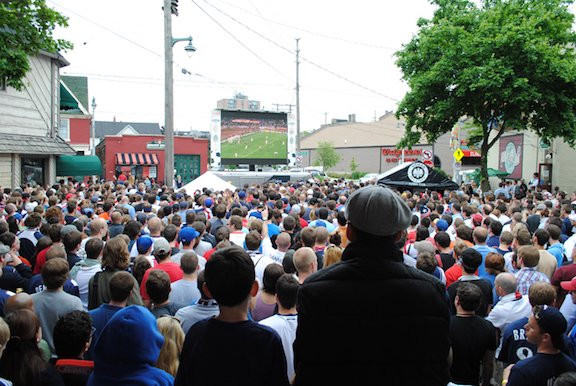 Sound Travels and soccer are pretty global affairs, and this Sunday the two come together in a giant block party at the Nomad World Pub. Instead of heading down after the Sunday night mixtape, I’ll be DJ-ing all day for what looks to be a big day for soccer as the UEFA Euro Cup Finals are happening on the jumbotron. Fortunately, I won’t be alone as guest, DJ Ajicero from Ecuador-by-way-of-Germany’ll be joining me on the decks for what will be a dope day of sports and music. After the match, we’ll head in and complete the night with a round of hot global grooves…