You Should Know: Parquet Courts

You Should Know: Parquet Courts 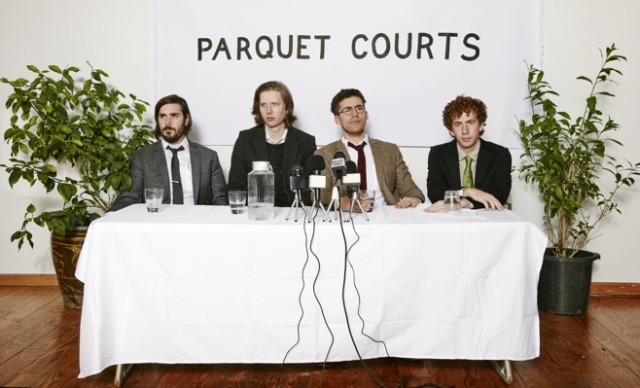 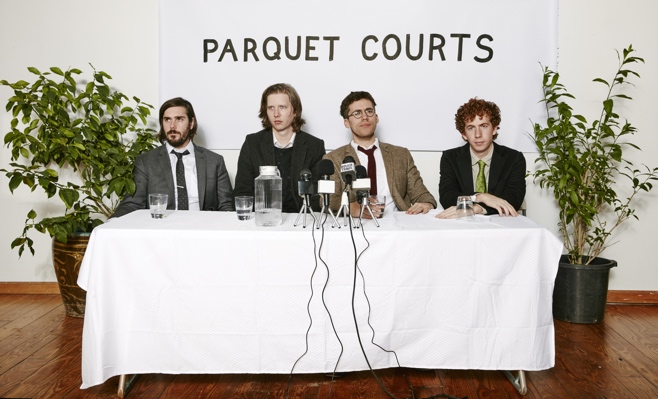 Read excerpts of our interview with Parquet Courts below. Listen to the entire interview here

Parquet Courts is an art punk band from New York City. Their music evokes the unmistakable influence of early 1980’s post punk, such as Television or Wire, as well as the DIY ethos that marks the genre. Since their conception in 2010, they have released four studio albums and are slated to release a fifth on April 8. They kick off their U.S. tour in Milwaukee on Monday, February 15.

Radio Milwaukee spoke with Parquet Courts about their upcoming release, “Human Performance,” out on Rough Trade on April 8.

1. Why did you start Parquet Courts?

The simple answer is that we wanted some sort of outlet to explore in our free time. We all lived and moved to New York around a similar time. It was basically an excuse to hang out and from there, it went to an excuse to make a lot of racket, and that’s the excuse we’ve been using for a few years now.

We’re all from small towns that didn’t have a whole hell of a lot going on and we were all into music and art that kind of left us with a desire for more. It was certainly stressful. I have a lot of friends who hate New York and have had some traumatic experiences and just focus on the hustle and bustle, but that never entered my brain. I guess I kind of wanted all of that. That was part of the excitement for me, just knowing that no matter what there’s always something going on. I guess I just yearned for a sense of being a part of a larger cultural movement.

3. In 2012 when “Light Up Gold” came out, all of a sudden it was everywhere. Everyone was crazy about it. How did that happen?

When we first started playing live, a lot of it was sort of improvised and we learned to play together by just going onstage and feeling it out. We weren’t playing shows nearly as big as they are now, so I think that we embraced that. Having been in bands before where we put pressure on ourselves to be really good, I think with being in Parquet Courts we took it a lot more slowly and were just genuinely having fun.

Light Up Gold was out for a while before people started to pick up on it. But I think a lot of people heard something on the record that they felt they could either identify with or felt that it sort of rung true with them. For us, it was a record that had a lot of honesty in it and we felt really confident about what we had put out.

It seemed like in the first tour for that record, we were all working other jobs and by the end of that tour we had played shows to two or three people, and then all of a sudden, we were selling out Death by Audio in Brooklyn, which at that time was a goal we hoped to achieve in the lifespan of that whole band. It all happened really fast, and I think it was a right place, right time kind of thing.

To me, Human Performance feels like Light Up Gold on a much higher level. We recorded Light Up Gold in three days, but with Human Performance we took a year. We had the ability and access to resources that allowed us to make a record that we all really wanted to make. I think as musicians, we’ve had a good ear for the sonic direction we want to take things. We had this ability to explore themes sonically that we hadn’t really had the opportunity to in the past.

5. What’s one of those sonic themes?

We got into really focusing on melody and the relationship between the melodic makeup of a song and the lyrics themselves. We had time to really flesh things out. I think we used that time really wisely and the songs are a little bit more mature.

For a lot of the themes we express lyrically and the stories in the songs, we made a very concerted effort to bring those through the music itself. In a song like “Dust”, for the snare sound we used the sound of a broom sweeping. All the songs have a musical element where there’s a sound that helps support the theme of the song itself.