City Lounge is hosting a ‘Seinfeld’ pop-up bar in April

City Lounge is hosting a ‘Seinfeld’ pop-up bar in April 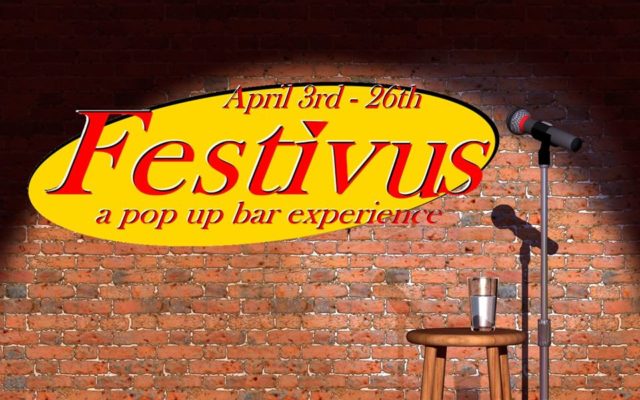 Plenty of Milwaukee-area bars have hosted pop-ups over the last few years, paying tribute to popular movies or TV shows or nostalgic childhood favorites, but few have gone all out as consistently as Cudahy’s City Lounge. Over the last couple of years the Cudahy tap has reinvented its space with elaborate homages to “Game of Thrones,” “Friends” and “The Office.” And now it’s taking on one of the biggest sitcoms of all time: “Seinfeld.”

From April 3-27, City Lounge will host “Festivus: A Pop-Up Bar Experience.” A rep from the bar tells us the space will be made over with an apartment, a diner, a comedy stage and “a place for soup but no soup for you.” There will also be free trivia on Thursdays during its run.

Admission to the pop-up bar is free, but all patrons must be 21 or older (since, you know, it’s a bar). For photos from some of City Lounge’s recent pop-up bars, including this winter’s Disney-themed pop-up, visit City Lounge’s Facebook page.