Art of the Pitch: How to get your film off the ground

Art of the Pitch: How to get your film off the ground

So you have an idea for a film that you believe has potential, an idea that you want others to love just as much as you do. But how can you possibly convince people to invest real time and dollars into a film idea you maybe came up with on the bus ride to work? Although daunting, it may not be as difficult as you think.

Film writer and producer Julie Keck has the art of pitching your film mastered and shared with the Milwaukee community last Saturday what it takes to get your brainchild into motion in a workshop called “Art of the Pitch.”

Keck’s number one piece of advice to you as an aspiring filmmaker is this: “Start talking to people. Don’t do it yourself.” Although you may believe that no one will take your idea for a film seriously, you may more than likely be wrong.

Start talking to people. Don’t do it yourself.

According to Keck, if you want to tell a story, you must know how you want to tell it, why it’s worth telling, and what you want people to take away from your work. The people who can get your film rolling want to invest in an idea that they can tell you’re completely invested in.

After you’re confident in your idea, it’s next about the networking. There is a huge pool of advisers, investors, and collaborators out there, Keck explained. It’s 100% about “using your resources,” Keck said. Find a filmmaker with connections, take down contacts, and don’t be afraid to reach out far and wide. Talk proudly and loudly about your idea like it’s your child.

Although making as many connections as possible is important, you have to inevitably speak to the right people at the right places. Thankfully, Milwaukee has a huge film community with people dedicated to getting your idea operating. The Milwaukee Film Festival offers workshops and panels educating filmmakers. There are also countless funds and sponsorships you can apply for, like the Milwaukee Film’s Fiscal Sponsorship Program and the Brico Forward Fund. These grant programs offer money and sponsor-funded production resources that can help you put action into your film. 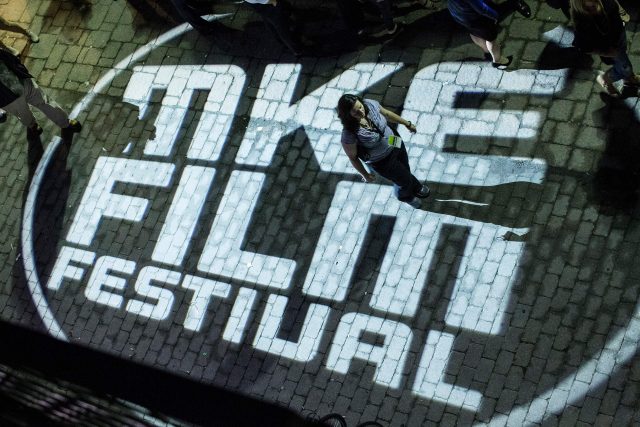 In her workshop, Keck explained that the difficulty of pitching is that your pitch has to take different angles depending on who you’re talking to. For example, if you’re speaking to a writer you’re hoping to collaborate with, your idea needs to resonate enough for them to want to spend countless hours shaping your movie. On the flip side, if you’re speaking to a possible investor, you will need to explain why your film is worth their monetary backing. What makes you think that enough people will pay for your movie? What demographic are you trying to reach? These are the questions aspiring filmmakers need to be prepared to answer.

According to Keck, at the end of the day, you have one goal when pitching your idea, and that is “to express your concept in the most powerful way possible.” Make people love your idea as much as you do, because with that faith and work ethic, you may just see your idea turn into a full-fledged force.