‘Give Me Liberty’ is a true Milwaukee success story

‘Give Me Liberty’ is a true Milwaukee success story 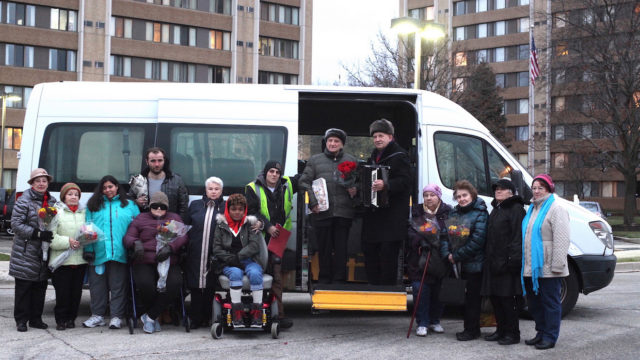 This week we’re talking about ‘Give Me Liberty,” a Milwaukee-born film that’s taken the festival circuit by storm. Stream the episode below.

Cinebuds is super excited to talk about a film that went from being written in the Stone Creek attached to Radio Milwaukee to getting a 10-minute standing ovation at the Cannes Film Festival. That’s in France, y’all!!

Director Kirill Mikhanovsky and his writing partner Alice Austen camped out at the coffee shop and passionately ironed out the script for their film “Give Me Liberty” — a true Milwaukee film. Based on Kirill’s experiences as a medical transport driver in the city, the film explores the chaos that is “other people” and those precious few moments of real connection we can have with one another. Featuring a cast mixed with actors and “non-actors,” the film has a distinct tone and a true reverence for the experiences of every characters within.

“Give My Liberty”  is an example of the kind of work that our city is creating. Milwaukee is lousy with great film talent! We see the development of that talent every year, but this film has broken out and can show the world what kind of movies Milwaukee can put out. The film was a hit at Sundance and, as mentioned, the Cannes Film Festival, and will begin its nationwide distribution after the Milwaukee premiere on Aug. 15.

What else you got, Milwaukee!? Keep it coming!