‘Once Were Brothers’ tells The Band’s story in exciting detail

‘Once Were Brothers’ tells The Band’s story in exciting detail 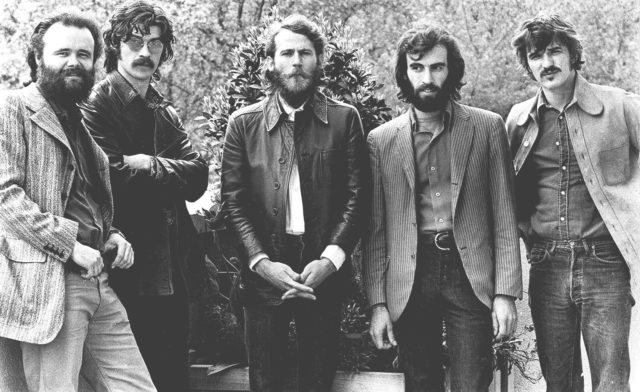 On this week’s episode we’re discussing The Band documentary “Once Were Brothers: Robbie Robertson and The Band.” We all know The Band. If you don’t jam with “The Weight” when it’s playing in a Walgreens or The Gap, you are likely heartless or living under a rock. BUT do you really know The Band? They seem to be one of those bands that is in the either and we nod along to when they are mentioned, maybe we know some of the finer points but not all of them. That makes them perfectly ripe for a documentary.

This documentary follows the lead of founding member Robbie Robertson’s memoir, “Testimony,” which he released in 2016. It tells the story of a band that started young. Robertson got his first songwriting credit when he was only 15 years old. The come up is exciting and fraught. They back Bob Dylan on the dismal tour where he went electric and got booed every single night. The band’s take was, “It was a strange way to make a buck.” The vacillate between hard working studio musicians and finally find themselves as full blown artists by hunkering down in a basement in Woodstock, NY. Ultimately, the doc and the story of the band follows that of many music docs and heroin enters the scene, then the band is re-birthed with some kind of triumph, in this case, the famous Last Waltz. It feels like a spoiler typing that, but if you are interested in this movie at all you probably have seen “The Last Waltz.”

In the end it doesn’t break any norms or conventions, but it does tell an exciting story of kids that lived their dreams and left a mark on history that is still heard. After watching the doc me and Kpolly listened to The Band all weekend, and that seems to be just about a perfect accomplishment for what this doc is setting out to do.

In the pod we go into the specifics of the doc, our favorite moments, funny moments from talking heads, and, of course, our favorite segment, what else we have been watching.