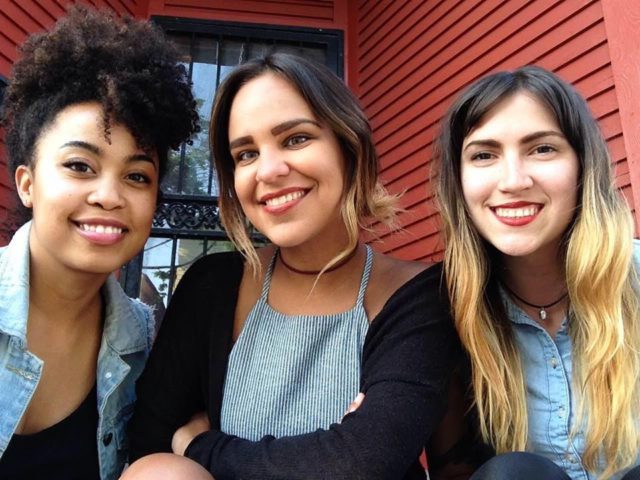 "I just texted Nellie and Kate and said 'hey, watch this...' They watched the trailer and just said 'Yep. We need to do something with this.'"

Milwaukee-native Brittany Nordstrum and her friends Nellie Vance and Kate Parisi have always been strong advocates for women’s rights,

“Wisconsin has seen some restrictions and legislation pass that’s affecting women in a really negative way… there’s a lot that needs to change here.”

And after stumbling upon a trailer for the new documentary, “TRAPPED” and hearing all the buzz it’s caused in the media, they couldn’t wait for the film to screen here in Milwaukee. But, after checking the film’s screening locations realized… well, I guess Milwaukee’s not on the list.

“The film premiered in Minneapolis and Chicago and here we are in the middle of those two places going through the same thing they are. Milwaukee is often looked over or forgotten about.”

And with the documentary covering the hard-hitting and incredibly relevant topic of abortion laws and recent regulations to reproductive rights, the girls felt a screening like this could really prompt change in Milwaukee.

So what did they do? Well, took it upon themselves to bring the documentary here.

“It seems like the producers of the film company are really active and want this to be screened places where it’s not. So we reached out and they got back to us… we just had to jump through a couple hoops.”

And after back-and-forth with the New York-based production company, the three friends finally received the thumbs-up to go ahead and screen the film in Milwaukee.

The film really makes you want to educate yourself in all of these laws. This stuff is really happening.

And with the East Side’s Oriental Theater on board for the screening location plus Company Brewing down to host the after party with live music, drinks and, not to mention, 371 Production’s virtual reality experience ‘Across the Line,’ Nordstrum says,

And with the overwhelming support from the community, Planned Parenthood and other Milwaukee allies, the three friends are just glad that an important topic will be getting attention,

“The film really makes you want to educate yourself in all of these laws. This is real stuff that is really happening.”

TRAPPED will be premiering in Milwaukee this Thursday, May 26 at the Oriental Theater at 7:30pm.