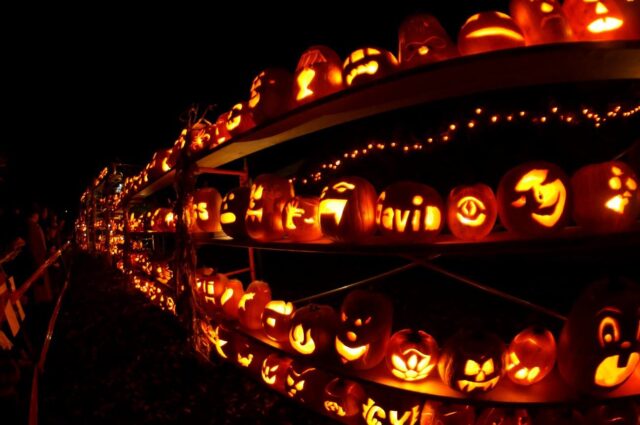 Each year Bay View volunteers carve hundreds of pumpkins for the neighborhood’s Pumpkin Pavilion at Humboldt Park, which has grown into one of the city’s largest Halloween festivals. Like most things Halloween related, though, that tradition will look a quite a bit different this year in the wake of COVID-19.

Instead of the usual Humboldt Park blowout, this year organizers have planned something resembling a walking tour for Halloween aficionados. Volunteers are encouraged to decorate their porches, front yards of even entire blocks and then sign up to be included on a map of neighborhood destinations. Yes, it’s another social-distance compromise, but unlike most virtual alternatives we’ve seen to Milwaukee traditions this year, this one has the potential to grow into something pretty big.

“You’ll also have an entire week to visit all the other sites decorated throughout our awesome neighborhood,” the organizers write on Facebook. “Get your kids and your dogs for a walk, bike, or drive, in costume or not, but masked, to admire all the decorations at a distance.”

For those who prefer their fall traditions to involve a little more human contact, it sounds like organizers are planning something else, too.

“We will also have a Swan’s pumpkin, hay bale and cornstalk sale the weekend of the 17th,” organizers write. More details will be announced later.