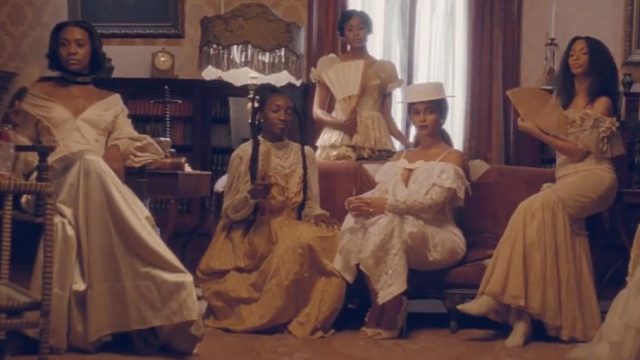 The other day, I interviewed culinary historian Michael Twitty. Twitty will be giving a talk, “Idenity Cooking,” April 12 at 7 p.m. at Centennial Hall at the Milwaukee Public Library .

Beyonce expresses her black, southern pride throughout the song and reinforces it with this line in the refrain: “I got hot sauce in my bag, swag.” Growing up in the South, I’ve known many people who always had hot sauce with them. I asked Twitty about the history behind this.

-- John Barbot, an agent for the French Royal African Company

Kendrick Lamar’s album “To Pimp A Butterfly” is not only a sonic masterpiece, but a lyrical one. His song “King Kunta” clearly illustrates Lamar’s lyrical prowess, especially the line: “When you got the yams (What’s the yams?), The yam is the power that be, You can smell it when I’m walking down the street.” This is a reference to a passage in the book, “Invisible Man” by Ralph Ellison.

I know yams play a major role in the African diaspora, but didn’t know all of the history. Listen to Twitty explain some of it, including yams’ impact on fertility in West Africa.

It (yams) is a metaphor for pride in being black.

If one dish could be the culinary symbol of soul food, I would say it’s sweet potato pie. The dish is divided along racial lines, especially during Thanksgiving. Al Jarreau’s “Sweet Potato Pie” best illustrates this, when he sings “Cause anyone who’s ever had sweet potato pie, Don’t want pumpkin again, really don’t want.”

When I think of songs that celebrate soul food and black southern culture, it has to be Goodie Mob’s 1995 breakout hit “Soul Food.” When I hear the lyric “A heaping helping of fried chicken, macaroni and cheese and collard greens, Too big for my jeans,” it takes me back to my youth — visiting my grandparents in Alabama and eating dinner with my cousins. After dinner, we would watch TV until we fell asleep. I really wanted to know how fried chicken and macaroni and cheese became part of soul food cuisine.

These are foods that are celebration food. People didn't have it every day. Fried chicken was special.