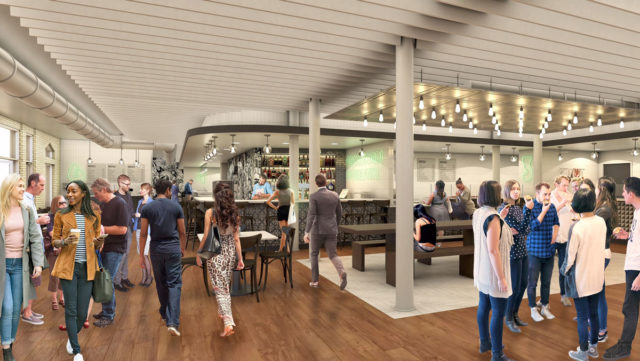 The concept of food halls originated in the UK, where a large section of a department store sold food from butcher shops, artisan restaurants and other food-related boutiques under one roof.  Most in the US are familiar with a similar concept called the food court, which focused on chains and most were located in malls.  In last few years, the UK concept has taken off in the U.S. with major food halls like New York’s Hudson Yards Food Hall and Austin’s Fareground. One of the most famous food halls in America is Los Angeles’ Grand Central Market, which was featured in a documentary about late food critic Johnathon Gold. 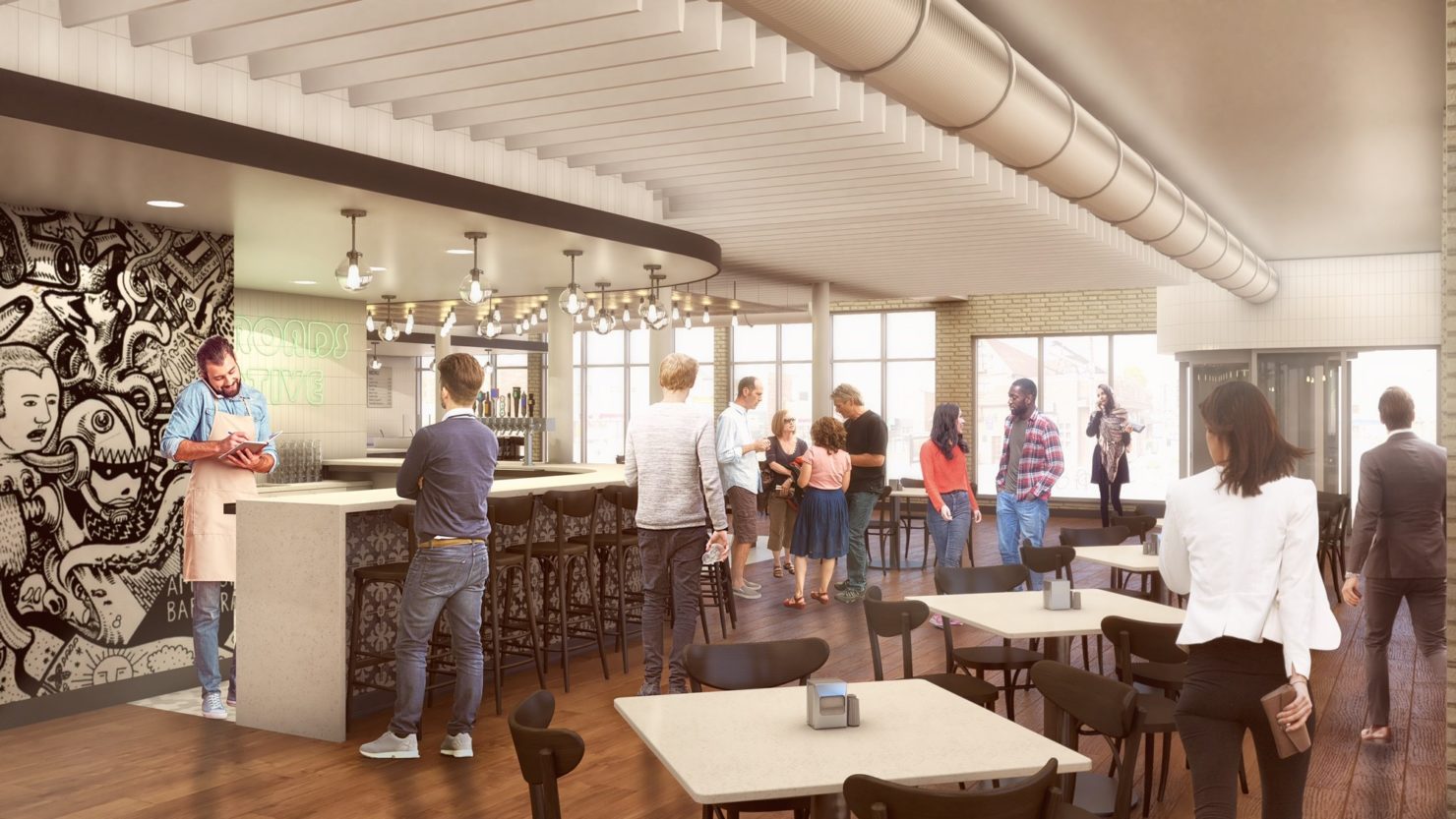 Now, Crossroads Collective has announced the first tenants for the food hall:

The 7,000 square feet space would be considered a micro-food hall compared to Grand Central Market’s 44,000 square feet. In an article in the Business Journal, the developer is looking for other types of tenants including a crepe vendor and a Mediterranean style restaurant. 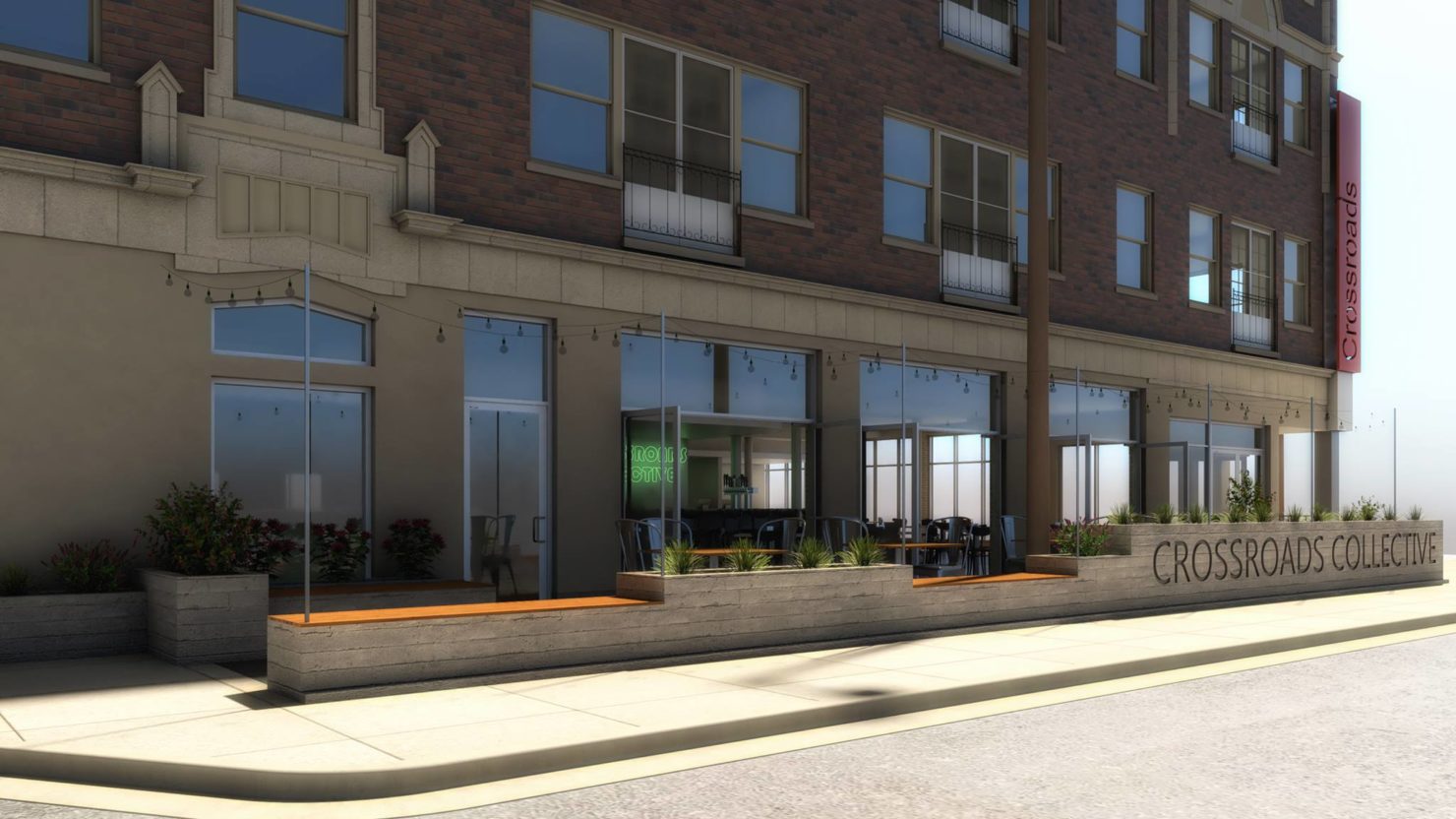 This November, the space formerly known as Oriental Drugs will be home to a new food hall located at 2238 N. Farwell Ave. called Crossroads Collective.  The company behind the food hall has called the space a “food hall for foodies.”