Daily Taco & Cantina is coming to Thiensville next month

Daily Taco & Cantina is coming to Thiensville next month 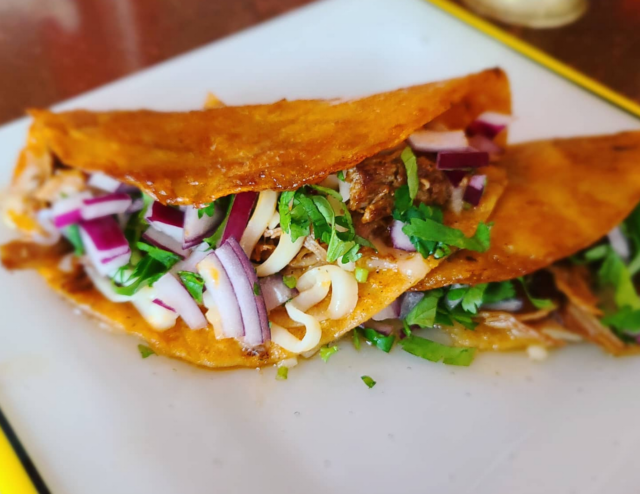 On this week’s episode of Milwaukee’s longest running culinary podcast, we’re talking about a new Friday special at Heaven’s Table BBQ, the National Black Restaurant Week‘s new nonprofit, a new taco spot coming this November, and a really cool event for sweet lovers coming to the Milwaukee Public Market. Hear us discuss all that and more on this week’s episode below.

There’s a restaurant out in Thiensville called The Cheel. It’s a Himalayan restaurant, but now its owners are also opening up a taco place in downtown Thiensville. This is good news for people in the northern suburbs who have a hard time finding Mexican food.

It’ll be called Daily Taco & Cantina, and it’ll be a fast casual restaurant with a drive-thru pick-up window. It’ll be opening in the old Falafel Guys location, and should be up and running by mid-November.

A few months ago on this show we had on Chef Jason Alston from Heaven’s Table BBQ, which is planning a new location on North Avenue. But they have a new initiative at their current Crossroads Collective location in the meantime. Every Friday, the BBQ spot will be offering Jamaican and Caribbean-inspired dishes with a Heaven’s Table twist, including jerked cauliflower (24-hour marinated, jerked and charred cauliflower). There will also be jerked sausage, jerked chicken and ox-tail soup for meat eaters. Heaven’s Table is also planning a pig roast for tomorrow.

On The Bus hosts a pop-up pie stand

On The Bus is doing a pumpkin pop-up in the Milwaukee Public Market on Saturday, Oct. 24. The vegan restaurant will be hosting a pie stand featuring all kinds of sweet treats, including some from a new pop-up donut place called Sugar Cube Donuts.

They’ll be offering treats including apple cider donuts starting at 11 a.m., and you can pre-order those donuts today if you’re worried that they might sell out (apple cider donuts are extraordinarily popular this time of the year). In addition to caramel apples and hot chocolate, On The Bus is also offering a pumpkin pie milk shake that you can wash it all down with.