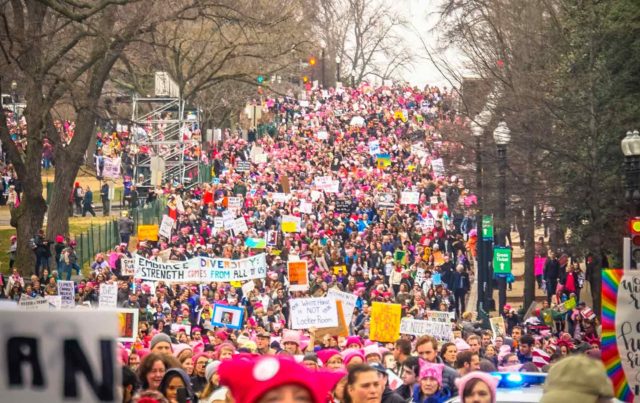 Being a woman in the 21st century can mean a lot of different things. The experience of a woman isn’t universal; we all have different experiences that shape our womanhood. However, one thing that still stands is that the fight for women’s rights is still prevalent.

This week the Supreme Court is hearing arguments on a Mississippi law that effectively outlaws abortions in the state after 15 weeks of pregnancy. If the court upholds that law, it could overturn Roe v. Wade, the Supreme Court decision ruling protecting a pregnant woman’s right to choose to have an abortion. Another case this would affect is Planned Parenthood v. Casey, in which the court introduced a new standard determining the validity of abortion law by asking if any restrictions place an undue burden.

With states like Mississippi and Texas implementing anti-abortion laws, how does that influence the future of Wisconsin? I spoke with professor Sara Benesh, the chair of the Political Sciences Department at the University of Wisconsin-Milwaukee, for a Supreme Court crash course.

To put it in perspective, this year we have seen the most state regulations of abortions ever in our history. Texas has one but it’s different because first, it bans abortions very early. Six weeks from the last menstrual period and then second, the state is not enforcing the statute. They have empowered private citizens to enforce it.

The bill is being challenged in federal court. What does that look like?

Litigants which included abortion providers had asked the Supreme Court to enjoin this statute because it was violating constitutional rights. The Supreme Court decided not to get involved because it thought that there were a lot of procedures. Problems that would need full briefing and argument. And so they wanted the lower courts to handle that. The district court then wrote a 113-page opinion where the judge went through it systematically and showed how the federal courts could enjoin this law. Now the fifth circuit is trying to decide whether or not they’re going to permanently lift that injunction.

How does that affect other states?

States will use the Texas statute as a model, and we know that policy diffusion happens. So when one state makes a new policy, other states might follow. We know that there are a lot of states that are sympathetic to the Texas ban and would like to have a ban. Also, there are many states that already have sort of a trigger ban so that if the court were to overturn Casey immediately abortions are banned in their states. So there’s a lot of states that are looking for an opportunity to regulate abortion even more than they have.

Wisconsin has a lot of regulations on abortion. The Wisconsin attorney general joined a bunch of states at the district court urging the district court to enjoin this Texas statute. So we have a split government. The attorney general is under the purview of the governor who is a Democrat and the legislature is under the purview of Republicans so it’s unlikely we’d see any sort of progressive change in abortion law in the state. So we still have waiting periods and ultrasound requirements and requirements on facilities that are offering these services and we don’t have very many facilities and most counties don’t have one but the fact that the governor is a democrat means that he would veto any further limitation on abortion. So elections matter.

I wanted to go a bit into Roe v. Wade. We know that there isn’t a reference to abortion in the constitution, so how does something legally become constitutional?

The Supreme Court in Roe v. Wade recognized that whatever a privacy right is and we don’t have a right to privacy in the constitution. This is something that judges have deemed emanates from many of the provisions of the bill of rights. So they deemed in Roe vs. Wade that, that privacy right applied to a woman’s decision over whether or not to terminate a pregnancy in the first trimester. The constitution provides a right to privacy. That privacy right adheres to a woman’s right to terminate a pregnancy of a non-viable fetus. And so there, the court said states can regulate abortion, but they cannot put an undue burden in the path of a woman. Choosing to, uh, terminate a pregnancy of a non-viable fetus.

What are some examples of an undue burden?

Parental consent is not an undue burden on a woman, as long as there’s a judicial bypass procedure where a minor can go to a court and ask for permission instead. Other things are undue burdens. So a spousal notification, for example, has been deemed an undue burden because if a woman chooses not to inform or obtain assistance and consent of her husband, The court has assumed that that means that there’s something going on in terms of her safety in the relationship. So you can’t place that burden on a woman, attempting to abort a non-viable fetus. So the court has on a case-by-case basis has to decide which of these state laws cross that line into becoming an undue burden.

Need a local perspective on what it means to be a woman in today’s age? I asked 88Nine’s Lily Grant and Element Everest-Blanks on their thoughts. Listen down below.