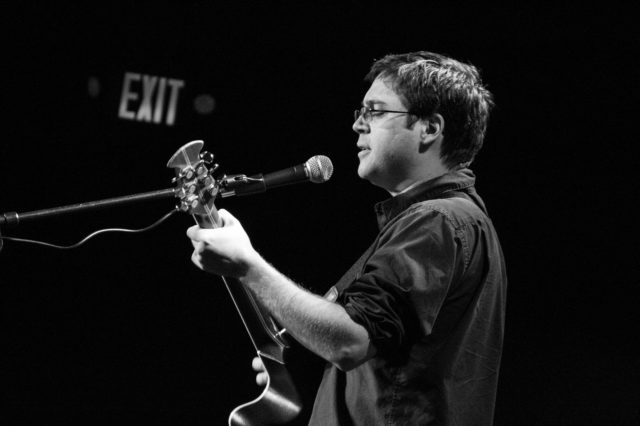 414 Music Live, presented by the Milwaukee Bucks, featured a performance and interview with Peter D’Amore in advance of his CD Release show at The Iron Horse Hotel on Friday, Nov. 20.  Take a listen to the session in the player above.

Peter D’Amore is an energetic “acoustic – loop guitarist” and vocalist. “Looping” makes his guitar playing limitless, in how he colors live songs and studio work with unique layering. People say he sounds like ‘Peter Gabriel’, ‘Paul McCartney’, and ‘Ed Sheeran’ all in one act.

In 2005, Peter had the privilege to open for Amos Lee at his sold out show in Milwaukee. In 2008, he took 4th place in the VH1 Classic nationwide contest “Your Move with Yes”.

This performance celebrates the release of Peter’s newest album, “The Line” was constructed over a six year period in which Peter wrote, performed, and recorded all the instruments on this 2 CD “concept album”.

Not familiar with Peter D’Amore? Check out his newest video here.

#414MusicLive is presented by: