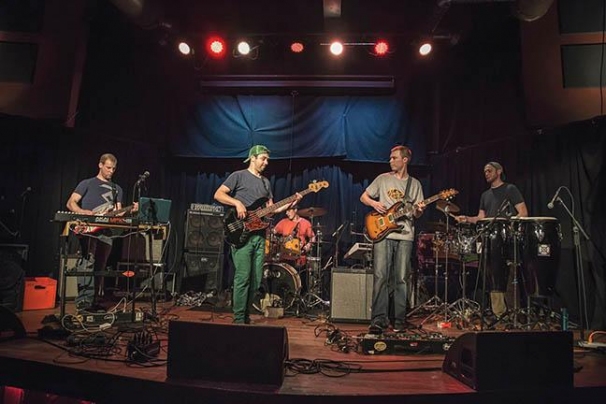 Milwaukee jam band to play and discuss sophomore album, "From Here On Out"

The five members of Stereo Frontier came together in 2011 as students at UWM. With a shared interest in jam music, the group put out their self-titled debut album in 2014.

The follow up album took a little longer to write and record. Instead of the jam band epics featured on their first album, Stereo Frontier wanted to hone each band member’s specific musical interests into shorter, more refined tracks. This process took about 2 years of recording. The resulting From Here On Out (released October 2016) is a 12-track album where most tracks – minus 8-minute long “The Coin” – stay under the 6 minute mark.

We were happy to host Stereo Frontier this week on 414 Music Live ahead of their show at Nomad World Pub.

Stream the 414Music Live session and interview below: