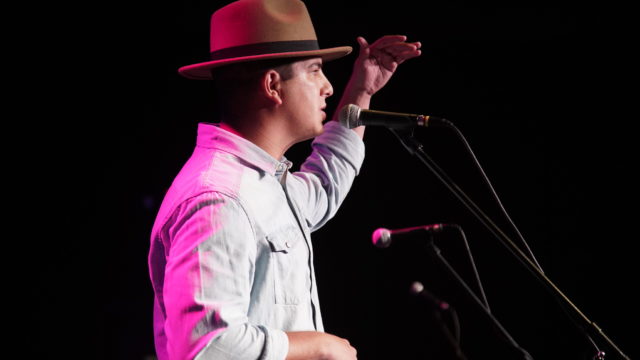 Joe Quinto’s goal is to spread love, acceptance and positivity through your speakers and he did this in his performance on 414 Live. We were able to get him in the studio after his Milwaukee summer premiere of “Let it Go” and his new music video release of “Run Away,” off his latest two-song EP “Solturo. “

We talk about Quinto’s debut EP “Cinemasonic,” his start and collaborations in the Milwaukee music scene with artists like Genesis Renji, Shle Berry and Jayne Joyce as well as some well founded advice. “We all kind of got to band together because Milwaukee’s got a lot of talent and it’s not necessarily looked at as a hub for music like some other cities but I really think it should be,” he said.

We were fortunate enough to get to hear two exclusive tracks that aren’t recorded yet, from one of their first ever written tracks “Girl I Never Met” to a fresh track with the working title of “Souls” that gave us some critical verses. With songs such as these, we know this is just the jumping point for Joe Quinto.