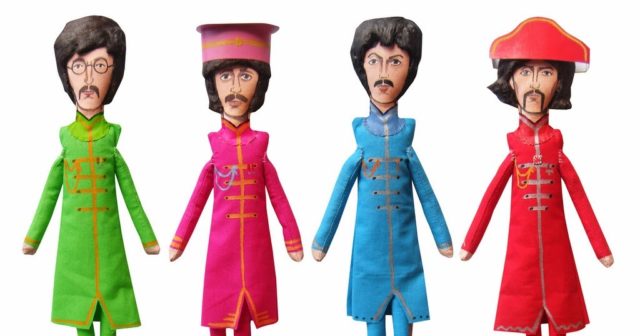 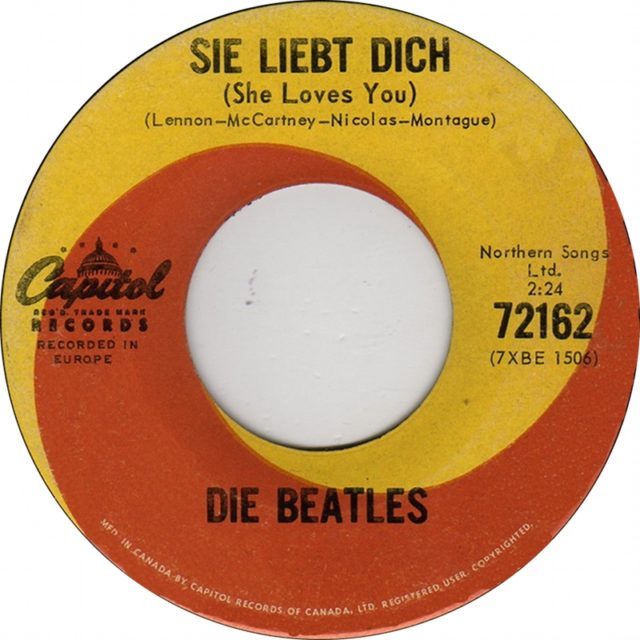 The Beatles recorded a few songs in German in order to sell more records in Germany, among them, "She Loves You"

Sir George Martin, in an effort to help the band sell more records in Germany, convinced the band to record a few versions in German after being asked by the German branch of EMI Records. They enlisted a translator from Luxembourg to convert the songs for the band. Normally, the band would simply use the instrumental version of the original and overdub German vocals onto it but EMI destroyed the mater recording of “She Loves You” so they had to re-record it from scratch.

The Beatles “She Loves You” in English

And because it’s The Beatles, there is no version of “Sie Liebt Dich”  on You Tube. It’s pretty Google-able though.