A glimpse into the wistful, humorous and empathetic mind of John Prine

A glimpse into the wistful, humorous and empathetic mind of John Prine 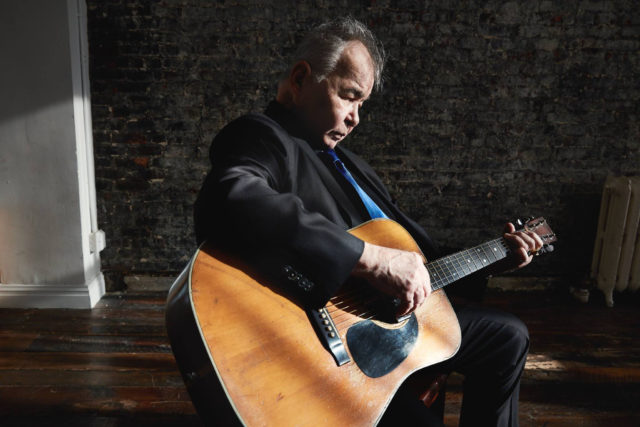 After two bouts with cancer and at the age of 70, John Prine’s spirit is tireless. He says he still feels like the 22-year-old kid who wrote “Hello in There” all those years ago. In 2018, he released new music for the first time in 13 years with “The Tree of Forgiveness.” And, even in the middle of a move, he and his wife (who is also his manager) are going on the road. 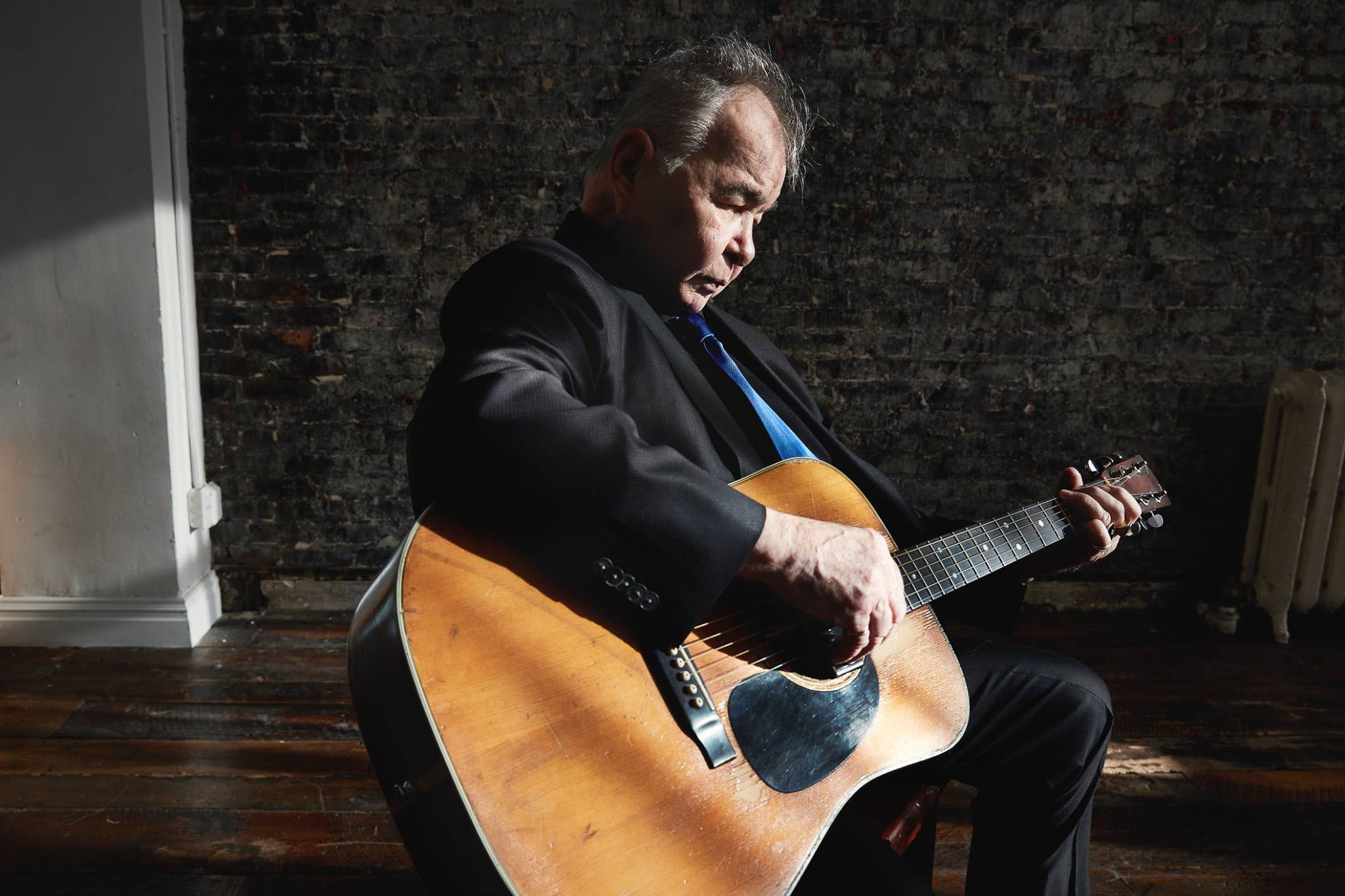 With the loss of his long time manager and business partner, Al Bunetta in 2015, he says that his music is now a family affair. His wife, Fiona, and his oldest son, Jody, are now running Oh Boy Records. When talking about his recent success on the Billboard charts, he says that the album has been working wonders for “us,” not for “me.”

He’d been telling them about “The Tree of Forgiveness” for years.

Prine says, “I kept telling my family, ‘You know, the next record, whenever I write enough songs for it, I’m going to call it ‘The Tree of Forgiveness.” Nobody paid much attention to me. One night I looked it up on the internet, and there’s a painting from Greek mythology, I don’t know how famous of a painting it is. I tried to buy the painting for the cover of the record, but evidently it’s worth too much for me.”

But that’s not where his original idea for the title came from.

It also made it’s way into a wistful lyric in the last song on the album, “When I Get to Heaven.”

Then as God as my witness, I’m gettin’ back into showbusiness
I’m gonna open up a nightclub called “The Tree of Forgiveness”
And forgive everybody ever done me any harm
Well, I might even invite a few choice critics, those syph’litic parasitics
Buy ’em a pint of Smithwick’s and smother ’em with my charm.

I brought up that the beginning of that song reminded me of Tex Ritter’s “Hillbilly Heaven.”

He realizes, “Wow. That may be, because that was one of my favorite records when I was a kid. I never steal anything on purpose, just by accident.”

Then, he starts singing in a low voice, “I dreamed I was there/ in hillbilly heaven…” 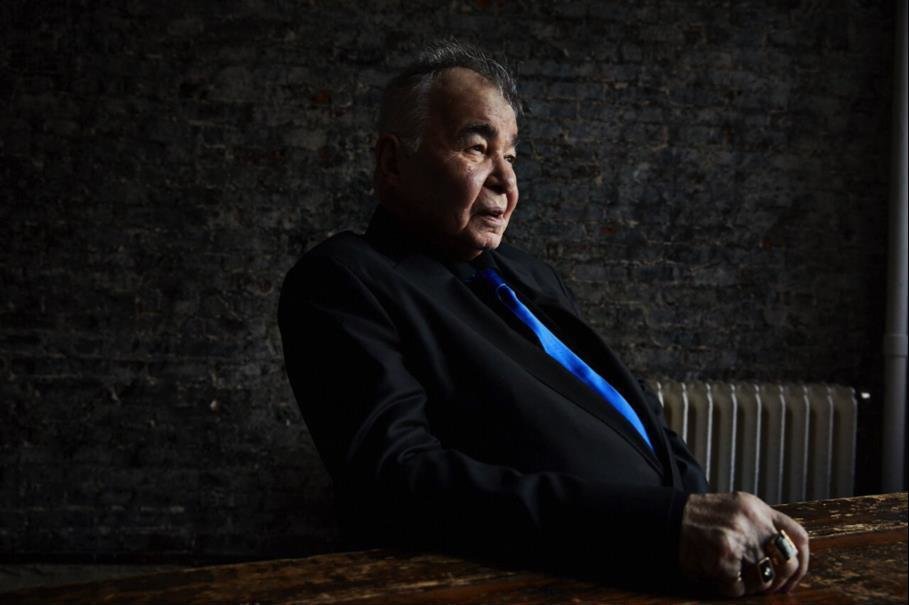 With a similar nostalgia, he talks about his inspiration for the song “The Lonesome Friends of Science.”

“I remember around 10 years ago, when the scientists decided that Pluto was no longer a planet, just a star. That really ticked me off,” Prine says. “I just let that simmer for a few years, and then I thought, ‘I’m gonna get these guys.’ I mean they have nothing better to do than to take an old planet and make it into an ordinary star. And then they come back years later and say that it is a planet, but a dwarf planet. I mean, that was adding insult to injury. So, I thought I’d write something about the humiliation of the planet Pluto.”

Humor like this has always been a cornerstone of his songwriting. But, in “Caravan of Fools,” a song that hints at our comical current political organization, he takes a serious tone instead.

He wrote this song with Dan Auerbach from The Black Keys, Pat McLaughlin and David Ferguson. Originally, he thought they were writing it for Dan. Eventually, it ended up fitting better on Prine’s album.

He says that if he would have written a song directly about Trump, he would have made it funnier, because according to Prine, “Humorous protest songs last longer than serious ones.”

A conversation with a living legend

John Prine called me from his car. Right away, he goes into a story about how he’s driving to pick up a table he bought for a little room in his new house in Nashville. He says he and his wife are filling it with one piece of furniture at a time.

He continues, “We left from one address and came home to a new one, and we’re still trying to find our way around the house. It’s like staying in a hotel that you’ve never been in before.”

After nearly 50 years as a songwriter, even this ordinary and unprompted anecdote sounds like the makings of a folk song. With his detailed observations and gentle truths, this is just how he tells stories.

Another strong component of his writing has always been his empathy.

“I always thought everybody else thought the same way about their fellow humans as I did. When I started writing songs, I found out that wasn’t true. When I wrote ‘Hello,’ I was 22 when I wrote that, and people looked at me like I was from a different planet. I guess it’s just the way I was raised.”

He says that there’s something about a Midwestern family upbringing that teaches respect and kindness.

Born and raised in Maywood, IL, he can remember visiting Milwaukee at least 25 different times throughout the years.

“My earliest memory [of Milwaukee] is coming up for Summerfest. I used to play on the stage under the Miller’s gondola. People’s legs dangling would go right above my head. I’d be drinking Millers, it was 104 degrees and I was singing my butt off.”

Now, he says he likes coming to Milwaukee because of his friend Peter Jest, the owner of Shank Hall, whose mother always makes him a yellow cake with chocolate icing when he comes to town, “which you can’t get anymore,” he says.

With another sincere anecdote of Midwestern warmth from the smiling force for good that is John Prine, it’s little things like these that make him and his lyrics touchingly human.