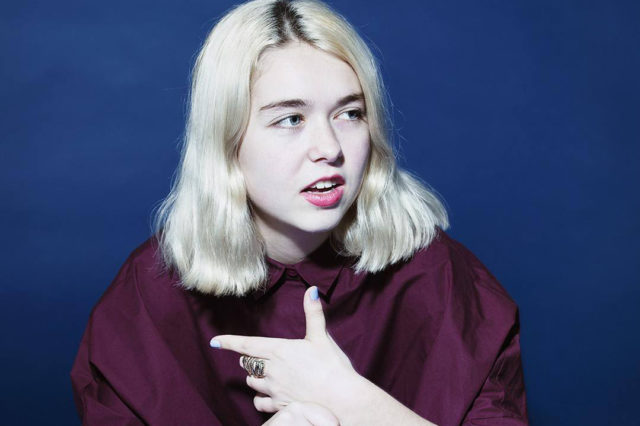 Lindsey says it’s cool to see herself on the “best of” articles, to be in such great company, but her mom reads them more than she does.

“She hits me up and is like ‘Did you see this one?‘ and I’m like ‘I didn’t, but thank you for telling me.’ [laughs] Usually I just like see it in the headline and I’m like ‘Oh cool!’ and in that photo I’m photoshopped with Ariana Grande and that’s kinda cool. But, yeah, no I don’t really read that much press, it kinda freaks me out.”

It’s not like she’s any stranger to the spotlight. Since she released her 2017 EP “Habit,” she’s been touring nonstop—once around Asia, to Europe thrice and of course, endlessly in the States. She’s Madison Square Garden big. Snail Mail and Interpol are playing there in 2019.

What she’s more concerned about is keeping the acclaim—and the criticism—away from her next record.

“I think it all just sort of seeps into the song making process at some point,” she says. “You know, if you get too much validation or absorption or too much criticism, it all just makes it just relax your creative process if you’re not careful. I’m really glad people like it and I guess some people dislike it. But it’s just actuality and specific things that people don’t like about it or they do like about it—it kinda makes its way into your psyche. That’s just not what I need when I’m writing.”

Lindsey brings up another artist who skyrocketed to the top of many 2018 album of the year lists—Mitski.

“She made tweet yesterday that I thought that was apt. And it was like ‘I’m glad that people really connected to it and if you don’t connect with it, that’s fine too but like STOP!'”

“I liked seeing that tweet. Today Mitski is one of the best songwriters at least in my lifetime. I always have really looked up to her work,” Lindsey says. “So just seeing that people also tear her to shreds that just kinda makes me think like no matter what you do people are gonna tear it shreds. It actually kinda gave me some self assurance last night when I read that, I was like, ‘Okay people also hate something that I consider to be incredible.'”

Speaking of things she considers to be incredible, I ask her about the other music she’s been listening to lately.

Listening to Snail Mail’s music, this may come as no surprise. But she explains her love of sad songs—listening to them and writing them.

“People use art to help bring themselves out of the abyss. I think a lot of people make music as a personal coping mechanism or a therapy thing. I think that is where a lot of sad music comes from and I like to personally use it as a outlet.

“Usually I feel the most comfortable writing things that are sad for me. [But] I think I am the most expressive when I am in a comfortable medium of emotions. I think when I am deeply sad about something, I can’t put it into a song because I am just so distraught that the song ends up being a little melodramatic than what I want it to be. I feel the best when I haven’t completely bounced back but I can reflect on something that has happened in a neutral way. That’s when I do most of my writing. It feels good, it helps me brings closure to things in my life.”

From this space, it makes sense that when it comes to public response (good and bad) she says, “I just don’t feel like I need to know.”

Lindsey Jordan is Snail Mail. And Snail Mail’s 2018 album “Lush” was one of the best of the year, according to me and quite a few others—Pitchfork, Stereogum, GQ, NPR, Rolling Stone…you get the idea.

So when I caught up with Lindsey on the phone, I congratulated her on being on all these lists and asked her how she feels about them. She talked about feeling a kinship with Mitski and opened up about what it’s like to write sad songs.