Milwaukee rap pioneer Solowke picks up where he left off

Milwaukee rap pioneer Solowke picks up where he left off 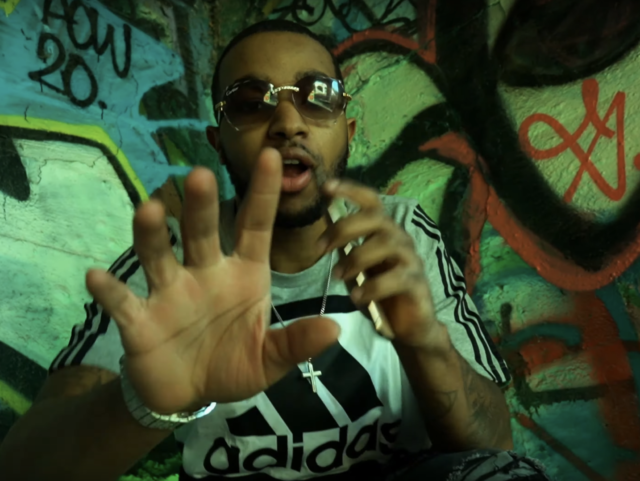 Solowke did this interview in 2018. If you follow the Milwaukee rap scene, you probably know the one: He sits down with Mixtape Trappers host DJ Jerry, who does his best to keep the energy level up while his guest does everything to take it way, way down. Solowke, it turns out, is a low talker, and he enunciates every word so methodically that at first it almost seems like he’s playing a character. The video is remarkable comedy — at one point Solowke answers his cell phone mid-interview, and sometimes even Jerry looks unsure whether he’s getting pranked — but no, there’s no shtick involved. Solowke is for real. And yes, he really talks like that.

How can somebody who talks so soft rap so hard? It’s one of the great wonders of Milwaukee’s rap scene. But for all the fun YouTubers had with that video, sharing their astonishment in the comments and even filming parodies, Solowke is not a comic figure: He’s one of Milwaukee’s most respected and influential rappers. If you polled everybody who follows the scene on who their favorite Milwaukee rapper is, you’d end up with a very split ballot, but I’d wager that Solowke would be right at the top, based on the love he gets on social media and the sheer amount of peers who either shout him out or crib from him.

As part of the first class of Milwaukee rappers to harness the full potential of YouTube, Solowke helped lift the ceiling on the city’s rap scene — his 2017 single “Federal” showed it was possible for an unsigned Milwaukee rapper to do a million streams on YouTube, and the track remains a Milwaukee classic. Spotify keeps a running playlist of the most uniquely popular songs in the city; “Federal” has sat right near the top of it for as long as I can remember. I can’t imagine a day when it won’t. It’s a five-alarm banger.

Solowke rode that hot streak for a couple of years, with several other videos that crossed that symbolic million view mark on YouTube. And then he went away. It’s a narrative Milwaukee’s rap scene has become all too familiar with: a rising star goes to prison just as they’re beginning to make a name for themselves outside of the city.

There’s never any guarantee these artists will be able to pick up where they left off once they’re free. Rap fans are quick to move on, and in the 26 months that Solowke was away the city changed. New talent emerged, young kids looking to build on what the last generation put in motion. The scene got buzzy. Lakeyah signed to Quality Control. Would people still care about Solowke anymore?

We didn’t have to wait long for an answer: People will still care about Solowke because he’s giving them music worth caring about. He returned last month with his own especially cinematic answer to a first-day-out track, a song called “Outta Sight, Outta Mind” that dramatizes his legal predicaments in novelistic prose, building to an explosive crescendo. One of the most common, if uninformed, knocks against street rappers is that they can’t rap, but make no mistake about it, Solowke has bars. When’s the last time you heard verses with this kind of narrative drive on a Griselda album?

In the weeks since that grand return, Solowke has been keeping fans fed with one new single after another, each presenting a different spin on his loud yammer and cold humor.

As part of his comeback tour, Solowke also returned for another interview with DJ Jerry. It’s worth the watch, though it’s much different from the first one. This time Solowke a lot more open, more talkative, quicker to laugh at his own jokes. He talks candidly about his legal issues, the city’s rap scene and his next moves — he even gets fired up from time to time.

And if he talks slow, it’s only because he chooses his words carefully, selecting each for maximum impact and amusement. It’s the same quality that makes him such a great rapper.