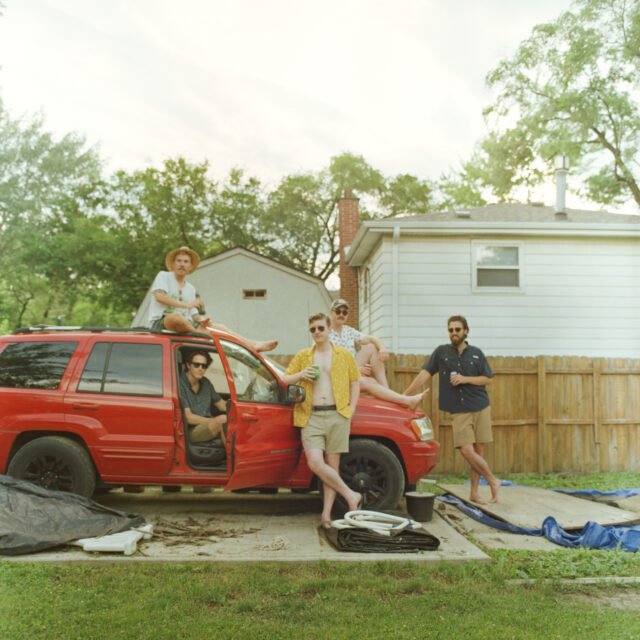 For this week’s premiere, we’re excited to share the latest four minutes of blissful, tuneful indie-folk from the Milwaukee ensemble Motel Breakfast. You can stream and read about their new track “Yelling at the Moon” below.

“Yelling at the Moon” is a meditation on growing both into and away from a relationship; the studio version of the track is an intentionally subtle and meditative few minutes. Recorded at Treehouse Records in Chicago, this song features our old friend and collaborator Maeve Burke joining us in the studio to share lead vocal duties. Next week will see the release of the companion music video.

With 2 songs and 2 music videos out for “Left on Deming” so far, we’ve been overjoyed by the response and are excited to continue the releases into the fall. The music came together quickly and organically, making for a self-produced project that worked largely because we’ve trusted our own intuitions. Each song release is followed one week later by a music video to accompany it, and our friend and collaborator Madeline Houlihan deserves much of the credit for pulling all the videos together. The project has been a respite for these mentally exhausting times, as well as a pillar in which to channel our creative energy in the absence of normalcy. We are itching to get back to the stage and share these songs with people in-person, but for now these recordings will have to tide us all over.