Summerfest has been canceled for the first time ever

Summerfest has been canceled for the first time ever 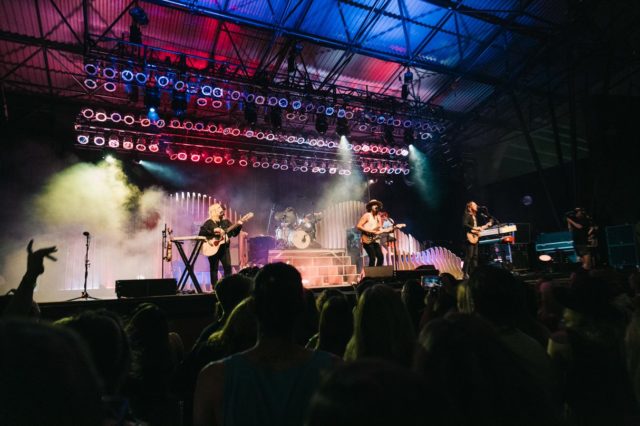 Summerfest won’t be returning in September after all. On Thursday, the Milwaukee World Festival, Inc. board made the decision to cancel the city’s signature festival, marking the first time in its 53-year history that the event won’t take place.

The board cited ongoing uncertainty about large gatherings during the COVID-19 pandemic. The festival had previously announced that it was moving from its originally scheduled June start date to three weekends in September, but as the coronavirus continued to spread the possibility of holding a large gathering in the fall began to look increasingly unlikely

After careful, diligent, and thoughtful consideration and out of an abundance of caution for the health and safety of our community – including artists, fans, vendors, participants and staff – Summerfest presented by American Family Insurance will not take place in September 2020, as previously announced.

It is our honor to be responsible for such a storied tradition.  With five decades of festivals, countless legendary performances and millions of memories, Milwaukee World Festival, Inc. explored numerous options to ensure the Summerfest tradition could continue in 2020 in a safe and healthy manner.

Yet, given the information available today, and the uncertainty surrounding very large gatherings, we cannot in good conscience proceed with the festival this year.  The immediate future presents multiple levels of risk for our fans, and we choose the side of safety.

This announcement comes after our staff, sponsors and vendors have worked tirelessly over the past two months to reformulate the festival for the rescheduled 2020 dates.  Our commitment to doing everything possible to preserve the social and economic impact of $186 million, which Summerfest generates annually is paramount, yet the uncertainties are too great.

Our present situation is especially disheartening, given that the new $53 million American Family Insurance Amphitheater was scheduled to open on June 24, ready to host over 20 superstars during and after Summerfest.  We are grateful to American Family Insurance and all the donors who made this new venue possible, and look forward to welcoming artists and fans in 2021.

As we all face a challenging and unusual summer and fall ahead, we sincerely appreciate all the support demonstrated by our fans and sponsors and encourage you to support your favorite musicians in the months to come.  We hope you will carry the spirit of Summerfest with you until we can be together again. May the magic of music fill your life with joy and memories.

Until Summerfest 2021, I remain, sincerely,