Diane Coffee is coming to Colectivo!

Diane Coffee is coming to Colectivo! 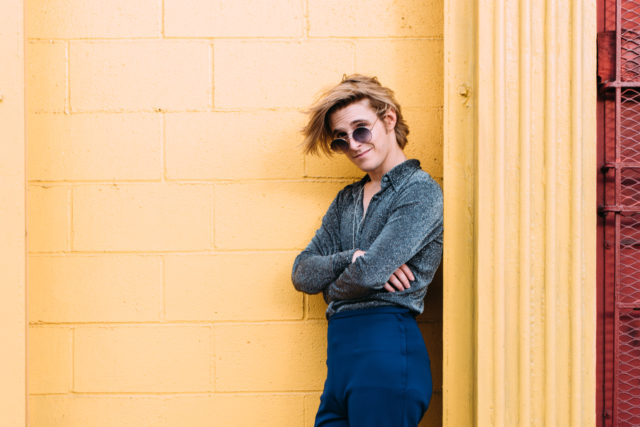 Even before he released a note of music as Diane Coffee, Shaun Fleming had put together quite a portfolio of work. Check out his IMDB page and you’ll find 20+ acting credits as a result of a childhood spent lending his voice talents to Disney. Search YouTube and you’ll find videos from his years as a semi-professional skateboarder. And if you’re familiar with Foxygen, you’ll know that he was the drummer from the band’s inception — before recently departing to put his full-time focus and energy into Diane Coffee.

Often described as “psychedelic Motown,” Fleming’s music has caught the attention of Run the Jewels (who sampled Diane Coffee on RTJ2) and NPR, where he performed a Tiny Desk Concert that gave the whole world a preview of his theatrical approach to performing.

All things considered, it looks as though Fleming’s decision to step out from behind the kit and place himself center stage is what will ultimately be the highlight of an already impressive resume.

You might remember one of our favorite Studio Milwaukee sessions the band performed in full sailor uniforms; relive that HERE.

See Shaun Fleming’s theatrics as Diane Coffee with a coffee in your hand this spring.

Diane Coffee will be at The Back Room @ Colectivo on Thursday, May 31. Tickets go on sale this Friday, April 20 at noon.