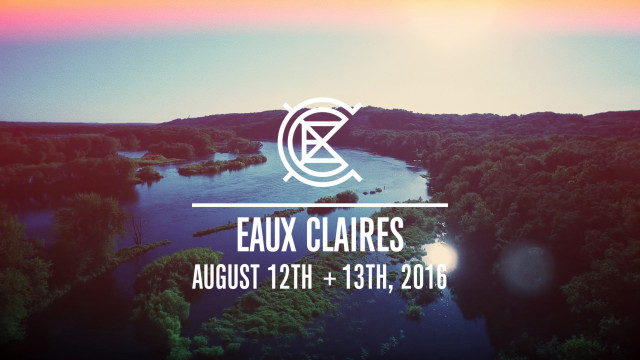 The lineup for this year’s Eaux Claires Festival is out — and features performances from Bon Iver, Erykah Badu, Beach House, Vince Staples, Nathaniel Rateliff & The Night Sweats, and Bruce Hornsby & The Noisemakers performing “The Way It Is.”

The lineup confirms the “hints” released last week when “early bird” ticket buyers received a cassette tape including songs from artists in this year’s lineup.

The Eaux Claires festival, curated by Justin Vernon and Aaron Dessner, will feature 54 acts Aug. 12 & 13. Tickets go on sale Friday, Feb. 12 at 10am CST. Eaux Claires will take place on the 60-acre Foster Farm, alongside the banks of the Chippewa River.

In addition to the amazing live performances, Aaron and Bryce Dessner will also share their Grateful Dead tribute project, Day of the Dead. This will be the first and only scheduled live performance of this tribute.  Day of the Dead was a multi-year project coneptualized as an extensive charity album for the Red Hot Organization.  The Eaux Claires’ performance will feature performances from some of the festival’s lineup.

Megafaun’s Phil Cook will present “Southland Revue,” a celebration of the American songbook and tradition. The performance will feature his band The Guitarheels with special guest vocalists Amelia Meath, Justin Vernon and more.

​Here is the full lineup for this year’s Eaux Claires Festival:

Meals and all beverages for Chippewa Pass holders will be served in a private and spacious area adjacent to the Lake Eaux Lune stage.

NEW CAMPING: The Eaux Claires Festival has relocated and doubled the size of its campgrounds this year.  Attendees can expect a refreshed and expanded camping experience spread out on a magnificent piece of Wisconsin farmland and only a few minutes ride on a free shuttle from the festival site.

Campgrounds will feature shower facilities, general stores, and spacious sites able to accommodate multiple tents. Video footage of the new campgrounds can be viewed here. Camping passes are sold separately from all Admission Tickets and also go on sale tomorrow, Thursday February 12, 2016 at 10am CST at www.eauxclaires.com. Camping passes sell for $165; $300 for oversized vehicles.  Upon purchase, campers will also have the option to add fire rings, tents, sleeping bags and camping chairs to their purchase.

LODGING: Eaux Claires is once again working with University of Wisconsin Eau Claire to make hundreds of its dorm rooms available for festival attendees to reserve.  Dorm rooms are available at reasonable rates and include free shuttle transportation to and from the festival.  For more information and to reserve, visit www.eauxclaires.com.