The candid past, present and future of Leon Bridges

The candid past, present and future of Leon Bridges 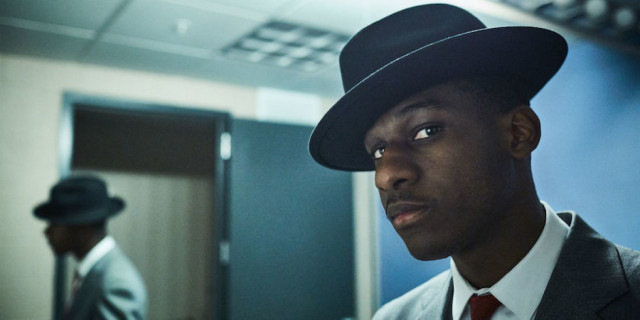 an 88nine interview with the rising star 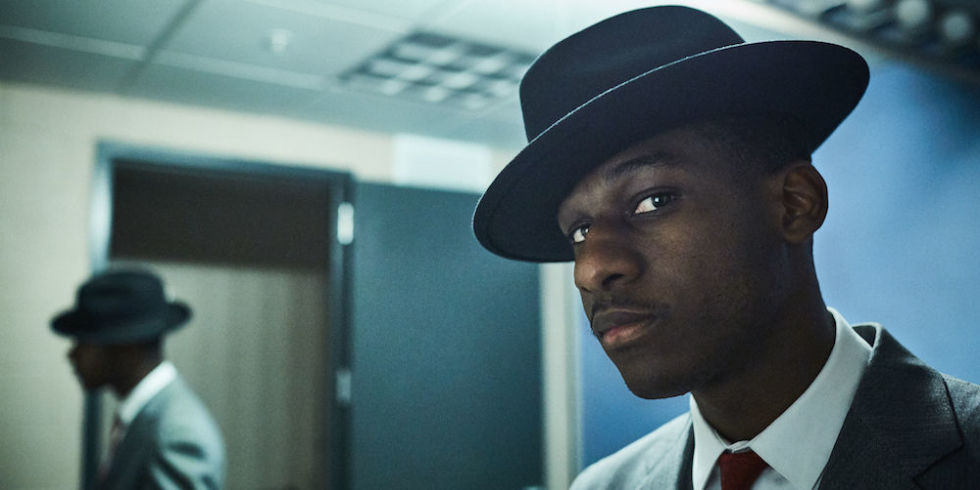 He has taken the nation by storm.

He released his debut album “Coming Home” in 2015. Already, he’s played on all of the late night talk shows. He’s played on SNL. And three weeks ago, he played at the White House.

Last Saturday, he sat down with me before his sold out show at the Riverside. He spoke openly about his racial identity issues, his random entry into music, his sexual (in)experience in high school and more.

Read excerpts from our discussion below. Listen to the full interview in the player above.

Leon Bridges: Yeah, man. You know, I’m just talking about, like, and writing about just true things, you know, and just really being me. I grew up on contemporary R&B. I mean, look at Usher, Genuine, and all that kind of music. And I knew about the older music through my parents and through some other people, and I loved it then, but I didn’t appreciate it as much. And so when I got older, just me being a lover of R&B, I was like “Man, I really want to carry on my heritage with this type of music.” And the dope thing is that the true stories about my family, I’m able to use that in my songs. This is not just a retro thing.

"I found myself even lying about my virginity in high school."

Justin: Right. When I listen to your album, there are these themes that come up that I see, and one of the themes is obviously love. A lot of love songs and your faith. And I think that your faith is something that is part of the thing that gets that response. There’s a time in your life where having faith is and having a set of values is not well received, and I would say that time is high school. I saw recently you tweeted this: “I never liked high school because I was never black enough or bad enough to fit in.” Could you elaborate on that?

Leon: Yeah, it’s crazy, like in high school to my white friends I was too white and to my black friends, I was still too white.

Justin: What do you mean by “too white?”

Leon: You know, just the way I talked, like it wasn’t in the ghetto way. Because I didn’t get in as much trouble as the other ones. Just being a quiet, reserved cat in high school – that’s considered “too white,” you know, “white boy.” So I found myself trying to be somebody I wasn’t and trying to win the respect of my peers and it didn’t work. I found myself even lying about my virginity in high school. I never really pushed myself to be somebody I wasn’t, but sometimes I found myself trying to be late to class or to get detention, even though that wasn’t me.

Justin: Isn’t that crazy how it pays off now, and then all of a sudden, it’s like, you’re you and everybody loves you?

Leon: Exactly. It’s funny. There’s a quote from this cat named Bryson Till, and he says, “Even the cool kids in high school can’t sit with me now.” It’s crazy. I’m just doing me. And they weren’t really cruel to me in that way, but I remember being, like, scared to come to lunch because I’m just so insecure and I don’t know if I’m going to have somebody to hang out with during lunchtime.

"I was a very shy kid, and reserved. They still accepted me."

Justin: When did that change? Now everybody wants to sit next to you.

Justin: You said that you met them dancing. I saw that you studied for three years. You studied ballet, jazz, African dance and choreography. That was before you started making music.

Leon: Yeah, this was before I started making music. When I was twelve years old, I picked up a lot of hip-hop dancing and I was just trying to mimic Usher and Genuine and Michael Jackson, so I was doing all that. Then when I got to college, I was like “Man, I really wanna be more diverse and learn more dance,” and so that’s when I took a ballet class and modern and African, and started doing all this stuff and choreography. And I loved it, but that’s a hard field to really pursue. But that’s not the reason I stopped. When I picked up a guitar and started writing songs, that just really took over.

Justin: Did you finish college or did you pursue music?

Leon: I left because I had to pick up two jobs to help my mother out. She lost her job and so I had to take care of business. That’s when the dance thing kind of started fading out and in my free time, I was writing songs.

Justin: Now do you get to use your dance?

Leon: I do! That’s the crazy thing, man. When I do photo shoots, I’m able to do that thing. Being in dance, my teacher always told me to use the whole space and extend and all this type of stuff. So it’s crazy. When I’m on a big stage, I know how to work my way around and do that and live within the rhythm and feel. It’s so crazy how that carried over to what I do now.

Leon: And that’s crazy. This is a community college. If it wasn’t for me being there, I wouldn’t have even picked up a guitar, because basically during lunch, I’m in the cafeteria and I meet this guy who has his keyboard, and I’m just like “What?” He wasn’t taking any music classes, and that’s what I loved about it. He was just like, “I’m just bringing my keyboard to school.” So all these singers would just like gather around him and just sing and make up songs. So I’d get over there and we’d take turns doing that and we’d have little jam sessions. That’s what inspired me to start writing, and this is all in the same college. It’s so crazy that it carried over to this.

Justin: So you stopped college in order to help your mother out. And you wrote a song about her and I want to talk about that song, “Lisa Sawyer.”

Umm, I love my mom too. I listen to your song and I think, “Man, why aren’t there more odes to mothers?”

Leon: It’s crazy how that song happened. It just happened naturally. I wrote that song before I even made the decision to go down this classic R&B route. I was just like, “My mother’s life is so fitting for a song.” I realized that people had this certain love for New Orleans. So I figured that if I wrote a song that was about my own mother, and she’s from New Orleans, I think people could really dig this. It really wrote itself. My mother wrote it. Easy. I’m just talking about her. The facts are laid out. That’s one of my favorite songs, man.

Justin: Let’s talk about the song “Coming Home.” You say, “The world leaves a bitter taste in my mouth.” Is that true?

Leon: Yea, and that just points to my religious background. That is in parallel to saying the world is so filthy and so corrupt. So it’s saying everything about the world is so crazy and these fast women and this, it leaves a bitter taste in my mouth and you’re the only one that I want. It’s saying I’m always going to be dedicated and loyal to you despite the temptation to go a different path.

Justin: That goes back to the beginning when I was saying that you have a strong set of values. And with everything happening around you there is more and more temptation. Have you seen more temptation? And how have you been able to stave it off?

When I wrote that song I wasn’t even in a relationship.

Justin: Are you in a relationship now?

Justin: Do you want to be?

Justin: How was playing at the White House?

Leon: Oh my God. It’s so crazy. Like, I played at the White House.

Justin: You played at the White House.

Leon: I’m from Fort Worth Texas. Yeah…I can’t really articulate the feeling. The atmosphere and the vibe was so welcoming. It felt like I was home. The Obamas seem like somebody that were friends with my parents or something like that. It was like, “I wanna go and hang out with y’all. Like, let’s get dinner or something.”

"I want to be able to reach the black community more."

Justin: What’s next for Leon Bridges? You played the White House. What is next, outer space?

Leon: [Laughs] That’s the next thing. A gig out there for the aliens.

No, you know the next thing that I want to do is I want to reach more people. I want to be able to reach the black community more.

Justin: Are you going to put a beat behind it and maybe change things up?

Leon:  Not at all. Nope. I love that type of R&B, but I like what I’m doing now. And it will be the same boys — the same Texas boys from the beginning who made “Coming Home” — on this next record. We were inspired at the Grammys. We saw what it took to get there so we want to just give it more. In the end it’s just to make a great album that people love, so why not shoot for that?

Listen to the full interview in the player at the top of this page.