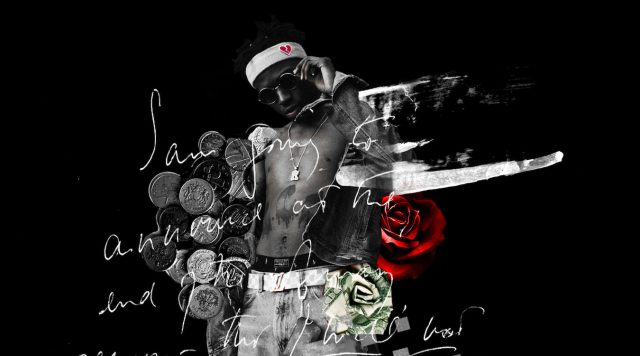 On April 12, rising Milwaukee artist IshDARR will perform at Turner Hall Ballroom in support of his latest release, “Broken Hearts & Bankrolls.” Part of his rise is due to shout outs from an actor‘s Twitter account, national blogs like The Source and Complex, featured tracks on Apple’s Beats 1 radio, and this week; cracking the Spotify U.S. Viral 50 charts.

Midwest rapper IshDARR got his start while still a high-school student in Milwaukee, Wisconsin. The artist born Ishmael Ali grew up listening to his father’s jazz and rap, which included Lil Wayne, A Tribe Called Quest, De La Soul, and the Pharcyde. During his freshman year at Messmer High School, he hooked up with his big brother’s crew, rapping at house parties and talent shows.

However, when his group mates graduated, he was left alone. He almost gave up — a promising football career was also an option — but was encouraged by his music teacher, whom students affectionately dubbed G Flat. With a sharp attention to catchy hooks like Lupe Fiasco and a lyrical dexterity like Vince Staples and Isaiah Rashad, IshDARR uploaded his early songs online, building a following while still studying and doing his homework.

In 2014, he issued The Better Life EP, which included the single “POPS” featuring Rina. He caught the attention of Atlantic Records among other labels, which led him to continue working and entered the studio to work with producers Arthur McArthur (Wiz Khalifa, Drake, Lil Wayne) and J. Gramm (Kid Cudi, Travis Scott). His debut, Old Soul Young Spirit, arrived in 2015, featuring the Gramm-produced track “Too Bad.” A year later, IshDARR released his sophomore full-length, Broken Hearts & Bankrolls.

Check out the interview we did with IshDARR from 2014. Tickets go on sale Friday, March 24.