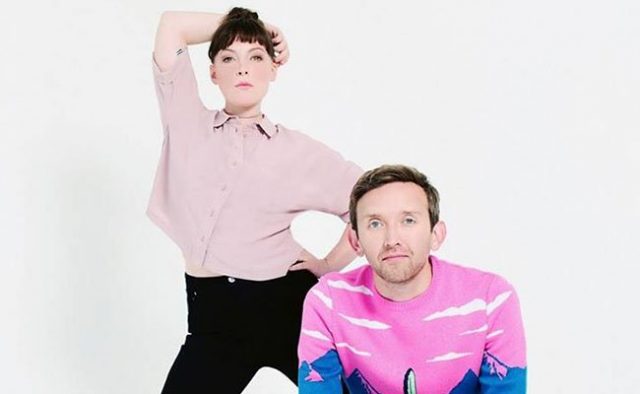 The irony of their biggest radio hit also being a scathing take on the music industry, is not lost on the band. As quoted in the Vulture interview, Sylvan Esso’s Amelia Meath remarks, “Part of it was anger at the pop machine, but part of it was also anger at myself for buying into it so hard…Getting on the radio is like trying to join the Mafia.”

The single comes from the upcoming full-length album “What Now,” slated for an April 28 release on Loma Vista Recordings..

The video, directed by Elise Tyler follows a trio of beautiful, dead-eyed girls posing for selfies while meandering through a parking structure and in a hedonistic warehouse scene. According to a press release Tyler notes, “Radio deals with the game dynamics of pop culture, media, and the players who participate in it. Often times, it can be hard to distinguish where the actual power is held – who is the pusher, who is the user, and who is being used – and, maybe, that those roles aren’t mutually exclusive. The women in our video are masters of this riddle, acting as devout consumers and also powerfully seductive influencers- a balance that all women know too well.”

Watch “Radio” by Sylvan Esso below:

the scathing jab at the radio industry, is Sylvan Esso's #1 radio hit