NPR listeners pick their top songs of the 2010s

NPR listeners pick their top songs of the 2010s 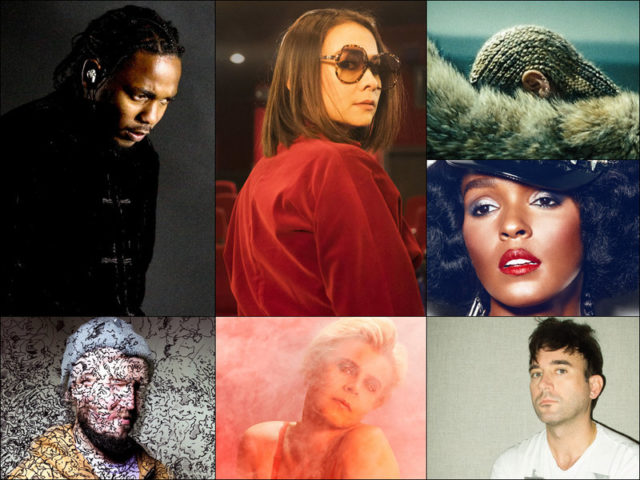 “All Songs Considered” asked NPR listeners to weigh in with their favorite songs of the decade, and as they sorted through thousands of nominees, they noticed a number of recurring trends. Love for all and a degree of humility were common themes; from Sufjan Stevens’ “Fourth of July” and Kanye’s “Runaway” to Bon Iver’s “Holocene” or Janelle Monae’s “Make Me Feel,” a lot of these songs recognized that we’re all somehow part of something larger and that love will ultimately win the day. Another common theme was defiant joy or hope in the face of adversity, like Kendrick Lamar’s anthemic “Alright” or even Robyn’s “Dancing on My Own,” a sad banger about dancing your way to happiness.

You can hear the songs in Spotify and Apple playlists and hear “All Things Considered” talk about the list below.

1. Bon Iver: “Holocene” from Bon Iver
2. Robyn: “Dancing On My Own” from Body Talk Pt. 1
3. Sufjan Stevens: “Fourth of July” from Carrie & Lowell
4. Lorde: “Royals” from Pure Heroine
5. Kanye West: “Runaway” from My Beautiful Dark Twisted Fantasy
6. Beyoncé: “Formation” from Lemonade
7. M83: “Midnight City” from Hurry Up, We’re Dreaming
8. LCD Soundsystem: “Dance Yrself Clean” from This is Happening
9. Kendrick Lamar: “Alright” from To Pimp a Butterfly
10. Mark Ronson and Bruno Mars: “Uptown Funk” from Uptown Special
11. Childish Gambino: “This is America” (Single)
12. Adele: “Rolling in the Deep” from 21
13. Taylor Swift: “All Too Well” from Red
14. Lucy Dacus: “Night Shift” from Historian
15. Carly Rae Jepsen: “Run Away with Me” from E.MO.TION
16. Mitski: “Your Best American Girl” from Puberty 2
17. Frank Ocean: “Self Control” from Blonde
18. Hozier: “Take Me to Church” from Hozier
19. Alabama Shakes: “Hold On” from Boys & Girls
20. Janelle Monáe: “Make Me Feel” from Dirty Computer
21. Lana Del Rey: “Video Games” from Born to Die
22. Brandi Carlile: “The Joke” from By the Way, I Forgive You
23. Radiohead: “Daydreaming” from A Moon Shaped Pool
24. Courtney Barnett: “Depreston” from Sometimes I Sit and Think, and Sometimes I Just Sit
25. Fleet Foxes: “Helplessness Blues” from Helplessness Blues