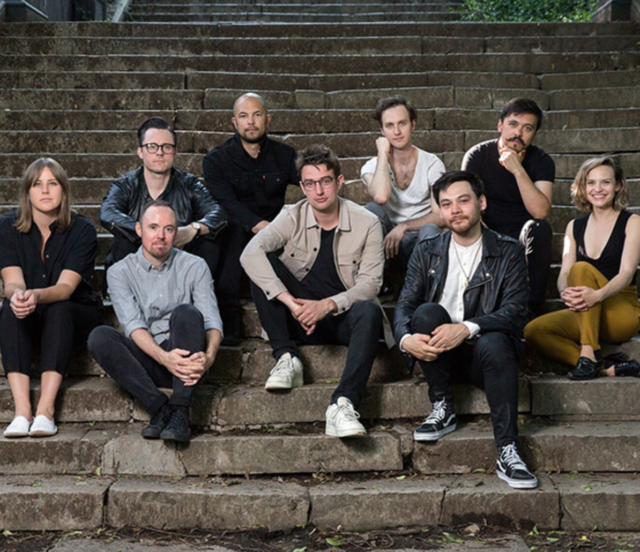 The brainchild of composer Ellis Ludwig-Leone, who enlists a large cast of musicians to help make his vision a reality (including Allen Tate, a singer with a distinct baritone croon), the indie-pop ensemble San Fermin earned instant acclaim for their ambitious 2013 self-titled debut. And although the band’s cast has continued to rotate, with singers Rae Cassidy and Charlene Kaye entering and exiting the fold since their debut, the band’s vision has remained untamed. 2015’s “Jackrabbit” and 2017’s “Belong” were both as soaring and brightly arranged as that first outing.

The band last played Milwaukee in early 2018, with a pair of intimate shows at the Back Room at Colectivo. This week the Pabst Theater Group announced that they’ll be back for a show Wednesday, Oct. 23, at the Turner Hall Ballroom.

That show could feature new music, too. “San Fermin recently announced their signing to Sony Music Masterworks and released their new single ‘The Hunger,’ indicating the arrival of the next chapter and more new music to come,” a press release teased.

88Nine is proud to present the show. Tickets go on sale Saturday at noon. You can stream “The Hunger” below.