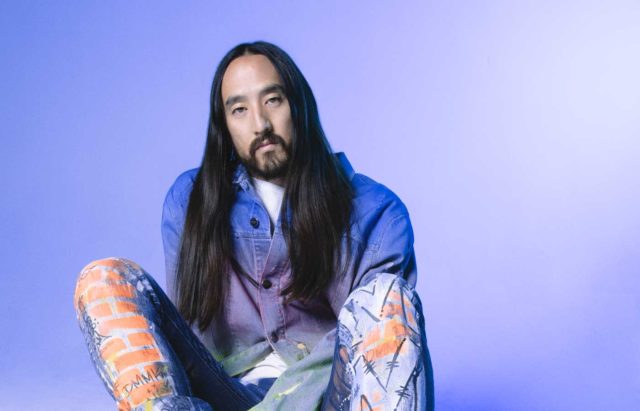 This year marks the second annual Fall Experiment, an immersive event bridging leaders and creators from the technology, music, art and gaming world.

This two-day event taking place Oct. 4 and 5 at The Wisconsin Center will be packed with keynote speakers, the region’s largest software developer conference, live performances, interactive gaming, entrepreneurship, product displays, K-12 STEM activities, and other immersive experiences. And it will conclude with two very influential DJs not only in music but for the tech world: Steve Aoki and Arabian Prince.

Steve Aoki’s music is a normal sound in 88Nine’s soundtrack on the Saturday mix show ‘In The Mix with DJ Kenny Perez.’ Steve Aoki has helped transcend and shape the sound of electronic dance music today. Many people see Aoki as a cake throwing opportunist, but little know his true history. Sure he comes from wealth and of course, he has the resources to do what he wants, but when most people do nothing with their privilege, Steve Aoki uses it to push forward music, tech, and art.

He founded his own music label Dim Mak in 1996 and has not looked back since. He’s traveled the globe, performed at several major events and has created and collaborated on songs that are classics to the dance music community today. I got the chance to witness thousands of music fans gather for a Steve Aoki set at this year’s Summerfest. The lighting and technology used during his set were mesmerizing. It is no secret that he is a part of everything that he produces, including the technology used to give the audience a visual experience every set he is a part of.

For Fall experiment 2019, Steve Aoki will headline and showcase those visuals for Milwaukee’s tech-heads to experience. He will also be joined by Rock and Roll Hall of Fame founder of the group NWA, Arabian Prince, who will also be the keynote for the gaming track, Longplay, hosted by 88Nine Labs.

Arabian Prince is also produced the Grammy-nominated #1 hit song “Supersonic” by J.J. Fad. He is the founder of iNov8 Next Open Labs and president of LAFTC – The Los Angeles First Tech Challenge robotics competition.

You can check out the entire schedule and events at Fall Experiment’s website and get tickets via Eventbrite.