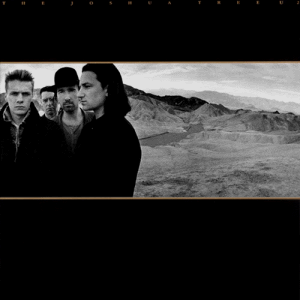 The singles of ‘The Joshua Tree’

“With or Without You” was the first, and arguably most popular single from ‘The Joshua Tree.’ This powerfully anthemic track gives a strong and emotional retelling of an unhealthy relationship, summed up perfectly be these lyrics: “My hands are tied, My body bruised, she’s got me with, Nothing to win and nothing left to lose.” The track excellently builds into further and further desperation, portrayed so accurately by the immense vocal talent of Bono, who nearly seems to be crying out in pain by the end of the song. “With or Without You” has truly stood the test of time as one of U2’s best tracks.

On this day 30 years ago, an album was released that forever changed the world of alternative music, and turned a band from alternative darlings to the biggest band in the world.

On March 9, 1987, U2 released ‘The Joshua Tree,’ their fifth studio album, and second with producer Brian Eno. The band decided to change their sound from their previous album, the highly experimental album ‘The Unforgettable Fire,’ to something much more aggressive and rooted in Americana. This new formula undoubtedly proved to be U2’s peak of commercial success all around the world.

‘The Joshua Tree’ has sold over 25,000,000 albums worldwide, good enough for top 50 all time. The album also reached number one on the charts in over 20 different countries, thanks in large part to its timeless singles.

“My hands are tied, My body bruised, she's got me with, Nothing to win and nothing left to lose.”

The second single from the album, “I Still Haven’t Found What I’m Looking For,” is arguably the biggest instance of the influence of American music on U2. The song combines the ambient sound they crafted on ‘The Unforgettable Fire’ with gospel-style singing and lyrical themes. The song feels very unlike what listeners have come to expect from the band, but it works so well thanks to the beautiful melodies of the track. The song feels so organic for U2, despite being something completely foreign to them.

The third single of the album was also arguably one of the best album openers of all time: the classic track “Where the Streets Have no Name.” The song starts with an incredibly slow build, started with a simple organ, and led by the signature arpeggiated guitar sound of The Edge. This is then followed by the solid, rolling rhythm section of Adam Clayton on bass and Larry Mullen, Jr. on the drums, with Bono’s vocals not entering the song until nearly two minutes in. The song is an anthem for living free in a world full of constriction, and is one of the most inspiring tracks ever made by U2. It is no surprise that the song is still their most common opener at live performances to this day.

Legacy of ‘The Joshua Tree’

The album nails pop sensibilities without losing its artistic integrity, which is what made it huge with so many different crowds of people. It has incredibly catchy melodies, insane vocal talent and instrumentals that complement it perfectly. The band managed to hold on to all of their best qualities that had earned them the fans they had, while creating new sounds that reached the masses.

This could possibly be because U2 had no idea what this album could become while they were making it. While the band was certainly popular within the world of alternative rock, they were by no means superstars. They knew the risks they were taking by making an album so heavily influenced by American music, and going in such a new path; but they ultimately made the music they wanted to make, and it certainly paid off. Had they known the massive amount of people that would be reached with this album, it could be argued that they would have made an entirely different album.