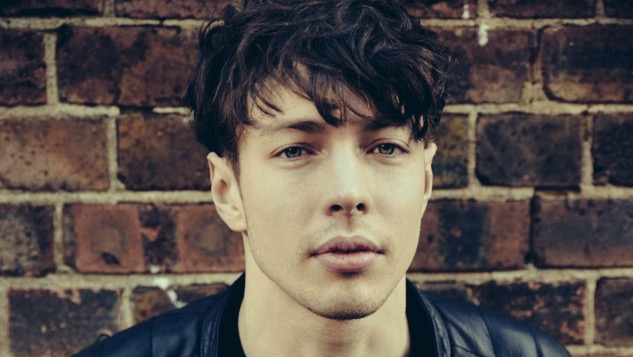 Barns Courtney was born in Aylesbury, England. His song, “Fire” has over 15,000,000 plays on Spotify alone. This Saturday, September 9th, he is going to be playing at Rock The Green Sustainability Festival here in Milwaukee. My guest this week is Barns Courtney.

Justin Barney: Barns, what is one song you can’t stop listening to right now?

Justin Barney: Oh man, is it the, “Let the Good Times Roll” that I’m thinking of?

Barns Courtney: No, these guys are super young. They are like 18 years old. The band is called BlackWaters.

Justin Barney: What makes them stand out to you?

Barns Courtney: They have the raw, unashamed energy and youth of the Sex Pistols.

And their drummer sits perfectly still and looks like he has been staring off into space his whole life.

Justin Barney: *laughs* Classic. And what do you like about the song?

And it’s just got this insane driving passion and energy and a great dirty, raw, tasty lil hook in the chorus that I find very appealing.

I’m picking up what they’re putting down. You know? I’m buying it.

Cloud control is a trio from The Blue Mountains in Australia. The thing that really stands out about Cloud Control is that all three band members sing. They harmonize together. But, they each take their own verse as well.

King Gizzard and the Wizard Lizard said they are going to release 7 albums this year. I thought that was a joke. But it wasn’t a joke. “Sketches of Brunswick East” is the bands third length album, this year.

To me there is almost something selfish about having already released three albums this year. Like, let us enjoy other people’s music for a bit too.

Despite that minor annoyance, I appreciate the ambition and novelty of it.

So I really have to tip my hat to this band for releasing their third full length album this year and managing to make it compelling and progressive.

Justin Barney: This is 5 Songs We Can’t Stop Listening to ad I’m here with our newest DJ, Kima Hamilton. What up Kima?

Kima Hamilton: What up, Justin? How you doing?

Justin Barney: Good. Kima is on Saturdays and Sundays from Noon to 3PM, and here he is sitting with me right now. Kima, what is one song that you can’t stop listening to?

Justin Barney: I love that you heard it on Sound Travels, that’s awesome. What do you like about the song?

Kima Hamilton: The beat is gonna grab you from the word “hello”, and it won’t let you go.

And melodically she revisited a very special and nostalgic place for me, growing up in the golden era of hip-hop. I lived the Grandmaster Flash and the Furious Five’s, “The Message…”

Justin Barney: Yeah, so this is related to, “The Message?”

Kima Hamilton: It’s related. It’s a re-make of the original.

There are times where an artist will produce or grab an old school song to connect you emotionally to it, but they are not driving it towards a new creative plateau. But, for me, after nerding out on it and dissecting it and seeing that the intentions are in line made me like it even more.

Justin Barney: Right on. Cause you could take that, and I’ve see artists take “The Message” and do it a disservice. So, I’m glad to hear that she is keeping true to it and making it her own and keeping the heart of that message. That’s very cool.

Marika Hackman is an artist from Hampshire England, she is on Sub Pop Records and is just an excellent song writer. We were completely charmed by her new album, “I’m Not Your Man.” We play her song “Boyfriend” my guest here is Marika Hackman.

Justin Barney: Marika what is one song you can’t stop listening to?

Justin Barney: *laughs* What is that song?

Marika Hackman: It’s a really fun like poppy, groovy, dancy song. And the reason I chose it is because it makes me want to dance and I’m not a big dancer.

Justin Barney: When is the last time you requested it?

Marika Hackman: At a wedding a couple of weeks ago. And they didn’t even have it on the playlist and some guys had to get his phone out and get it from the internet and plug it in.

Justin Barney: They still did it. Wow.

Marika Hackman. Yeah. It’s a party banger. And it’s fun pop music which I really like.

Justin Barney: I have never heard of it.

It’s so groovy. And I like that it’s really sparse for a pop song. It’s all about the bass line and the vocal. Both are insane.