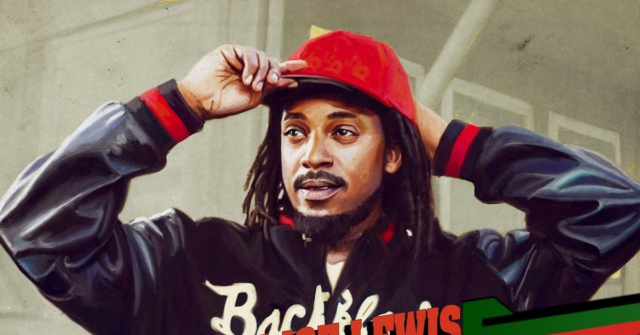 We always start off by asking an artist that we love to tell us about a song that they love.

Justin Barney: Black Joe Lewis, what is one song that you can’t stop listening to?

Justin Barney: How did you get introduced to him?

Black Joe Lewis: Just living in Texas, dude. He’s like a Houston hero, you know? Fat Pat set that style…that Houston sound…after the Ghetto Boys, you know? I guess Scarface if you really want to go back.

Justin Barney: Let’s cue in on one song by Fat Pat.

Justin Barney: What do you like about “Tops Drop”?

Black Joe Lewis: It just bumps, man. The dude can float like no other, man! He’s one of the most underestimated rappers I think.

This song is about our lead singer, just kinda louging around in the gardens of an art museum, half-reading-half just lazin about… and that’s exactly what it sounds like.

Plus, I love that he mentions a bunch of art stuff in it. He talks about Samuel Beckett, Infinite Jest, the title is a reference to a painting from the 15th century. I love that stuff.

I remember when I was in high school, I read Kerouac’s “On the Road” because Van Morrison mentioned it in “Cleaning Windows.” So it can be a vehicle for discovery, or a reference to something you love as well.

Tonight is a bit of a return to form for LCD Soundsystem. It has the locked dance grove reminiscent of their self-titled debut and Sound of Silver.

James Murphy’s role as “wise old sage” only deepens in this dancefloor meta-commentary.

In tonight he uses the backdrop of a dance floor as a comfortable space to talk about the state of pop music, finding comfort in death, using music to get back at a world where it’s unfair that everyone gets older and things suck, even doing a talkdown mid-song for a meta commentary on Murphy’s own roll in music and life, at one point saying, “I sound like my mom.”

Come for the beats in this song, stay for prolonged commentary on life in the modern age.

I’ve heard a couple rumblings that the new LCD Soundsystem isn’t goning to be as good as the old LCD Soundsystem, because they broke up and got back together and the album artwork sucks.

But, here we have definitive evidence that that is not the case.

Justin Barney: This is 5 Songs We Can’t Stop Listening To and I’m here with our intern, Erin.

Justin Barney: Where are you going to school right now?

Justin Barney: Erin, what is one song that you can’t stop listening to?

Erin Bagatta: “Don’t Say It (Bedroom)” by PARTYBABY. I just love this song because there are sound bits of recorded conversations…there are answering machine messages and they just kind of compile together to serve as an instrument throughout the song.

Erin Bagatta: In my own videography work, I really like putting together soundscapes and I feel like this song does a really great job of that. At the end, all of these voices come together and if you’re wearing headphones, it’s a really personal experience. In your left ear you have someone talking and then in your right ear you have the answering machine message of a distant friend. It just goes back and forth and it’s kind of overwhelming but it comes together beautifully. It’s like pieced together chaos.

Justin Barney: Pieced together chaos. Awesome. So what’s the song?

Erin Bagatta: It is “Don’t Say It (Bedroom)” by PARTYBABY.

I stopped in at Rush Mor Records in Bay View the other day after work. And as Dan and I were rapping about this and that, I saw this album on the wall. It said “Crashes in Love” and it had this subtitle: A tragedy of how an African Princess rejects the love that money buys.

And he said, “That, is William Onyeabor. Let’s listen to it.”

William Onyeabor was a Nigerian recluse. He released a handful of albums in late 70’s and early 80’s of synthy afrobeat that he released on his own record label. That was largely unheard of until this label Luaka Bop, went and tracked the man and his music down in 2013 and re-released some of those albums, Crashes in love being one of them.

If you read the sleeve, Crashes in Love is the soundtrack to a film. A film that might not even exist. After some research, it looks like no one has ever seen this thing. Although it may have been self-produced and lost to mid-seventies Nigeria. A tragedy.

Anyway, when Dan pull’s the side out, flips it, and on the label of the b-side, some had written, “v good.” Of course, we listened to that side. And boy, they were right.

This is the second track off that b-side labeled “v.good” from Nigerian recluse William Onyeabor. It’s “Heaven and Hell.”