5 Songs We Can’t Stop Listening To with Tame Impala

5 Songs We Can’t Stop Listening To with Tame Impala 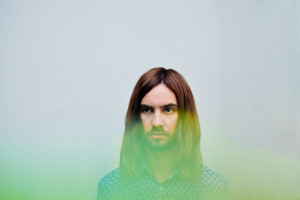 Kevin Parker: The song’s really cool. It’s just got really clever hooks. It’s full of really pretty melodies. He sings kind of R&B melodies, which are cool sounding and soulful. But, it’s done kind of DIY. It’s like DIY-dude-making-cool-sounding-R&B. You know, he just sings in that kind of way and has a great voice, but it’s not one of those super trained, Hollywood R&B voices. You can hear just a guy wanting to make this collage of cool sounding music.

B.B. King just recently passed away. One of the greatest guitar players to ever live. You would see him playing Lucille, his guitar, and think, “How does he do that? How does he make that thing sound like person?”  We say that a lot about guitar players.

But we don’t really say that about electronic music. I’m not sure why, but a lot of times twisting a knob in looked down on, while plucking a string is looked up to. Even though they are both manipulating sound in a very similar way.

In this song Nosaj Thing makes his board sound like Lucille. It’s got heart and personality. It hurts, like a person does. In 2015, maybe this is the blues.

A couple years ago I went on Spring Break to Cleveland. Not your ideal spring break location. But in Cleveland got to see all the people I look up to. You see, Cleveland has the rock ‘n’roll hall of fame. I got to see Elvis’ Cadillac, the slide the Leadbelly used on his guitar, and the handwriting of my favorite musicians. And I saw all those things. And then I walked through the part where they have the stage outfits of music’s biggest stars, like the Ziggy Stardust outfit and a James Brown unitard that just said “SEX” in rhinestones across he chest. And as I waked up to each one, I couldn’t believe that I was taller than each one of them. They are the titans, gods, giants of music. And they were all shorter than me. I think I half expected them to be 10 feet tall. It was strange, it wasn’t bad, but in that moment, I realized that these gods are people too. There human.

Shilpa Ray comes to that realization in this song too.

Thematically it’s gospel song. It’s called “The River” another idea that has a rich history that goes back before recorded music. The river is a symbol of renewal, forgiveness, redemption. It compliments the redemptive qualities of the music.

And together I think that’s the brilliance of this song. It’s gospel. It’s the same gospel we had in 1915, only a hundred years later. This carries our musical tradition forward. It picks up ideas that are already a part of each and every one of us, and it asks us to move forward together and sing as a chorus of one.

The Arcs is the new incarnation of The Black Keys frontman, Dan Auerbach.

As a guitar and drummer duo, The Black Keys never had a bassist, and I feel like Auerbach is trying to single handedly make up for that in this one song. The bass in this song changes the attitude from being old Black Keys fast and nervous rock to something that’s a little more comfortable. It seems to be leaning back a little more, and even though lyrically it is asking to for a presumed lover to stay in his corner, babe, it sounds as if he already knows the answer before he asks the question.

Since this song is only available on vinyl, it is not on the internet. I took my copy and made a digital copy just for this segment. You can hear it here starting at 16:40.