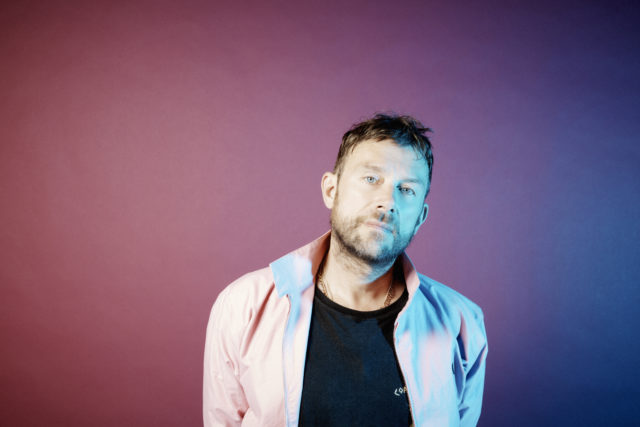 Damon Albarn has been on the forefront of music since he formed Blur in 1988. In 1999 he changed the way we conceive of music by forming the world’s first virtual band, Gorillaz. Now he has made a new album that is full of the real world, including natural sound and thoughts on the present world and the future. The album is “The Nearer the Fountain, More Pure the Stream Flows.”

In our interview, he talks about how Iceland shaped the new album, describes his process of discovering new music and explains why he can’t get into that new Drake single.

With Gorillaz and Blur, you’ve written plenty of big banging singles that fit right into radio. Why write something that deliberately slower and more plaintive?

Well, it started off in Iceland. I was given an amazing opportunity to go up there, and just take musicians, and sit in a house and just look at an amazing outside world with a mountain, sea, islands, glacier, volcano, seals, oyster catchers, golf carts, joggers, dogs and incredible fluctuations in the weather. It could be sheet rain coming in vertically and then temperature would drop a few degrees and it would suddenly, literally go into slow motion. Cause it would, as it was moving, turn into snow. You could see it happen.

So that was a lovely starting point for the record, you know?

And you can hear it in the record. There are several songs that include natural sounds. Are those from this house in Iceland?

In “Royal Morning Blue” you talk about a new reality. What is that reality?

The new reality should be that we can’t overcome anything unless we are able to live amongst each other’s particles comfortably. Then we get that true interaction and that positive vibration.

In “Daft Wader” you talk about a martyr. What’s that idea there?

Well, it’s “Daft Wader,” which is a very, very bad pun on Darth Vader… but it’s about the martyr. The martyr, well that’s a Christian idea, but also an Islamic idea. The martyr. The idea of martyrdom that you are…

Being persecuted for your beliefs.

Yes, but also it’s all the terrifying aspects of it. And the way it’s been, in many ways, abused by people in sects of the religion and turned into an idea that martyrdom is something that is a positive thing. And killing people is not a positive thing, is it? So we know that.

But, how I feel about it… I went to Iran and it was just really beautiful because the martyrs that they were remembering were the young men who died in the Iraq/Iran war, which we seem to forget. This area has just had relentless violence for 30, 40 years and we certainly haven’t helped, or have been sensitive to it. That’s the important thing; is to start seeing each other all as equal on this earth and just getting rid of bigotry and false, super disseminated nonsense.

Let’s just get real and just be nice to each other.

This is a solo album, but you have many collaborations. In all of the collaborations that you do, you always seem to be seeing the future, and on the cusp of something new, and finding new artists. I hear that and I think, “How does Damon Albarn discover a new song?” How do discover something similar in your music?

After yoga yesterday there was randomly a sort of secondhand trade shop… like a pawn shop really in America. They just had an incredible amount of old keyboards, and drum machines, and records randomly.

They had the stereos and all that, but this one had disproportionate amount. And even though it was really early in the morning, and I was in my red Speedos. I didn’t care. I went in there and it’s not warm necessarily. It’s not Californian-red Speedo. So Hannah Smith, London, eight o’clock in the morning.

And there’s just some amazing records that I bought. And they’re all in other languages, so I can’t exactly understand but I’m fascinated to listen to them. And that’s how I do it, really. I sort of grope around in the dark and occasionally I find something that I really connect to.

I would love to come out of this interview by playing a song that you have been listening to or something that you’ve searched around in the dark and found. What’s the last song that you can think of that did that for you?

What was the last thing that… Yeah, well all right. The last thing that I listened to was that Drake song, but I can’t get over the fact that it’s Right Said Fred and “I’m Too Sexy.” It’s just too much for me. I can’t make that leap.

And as we’re on the last minute here, what’s the secret to long-term success as a musician?

A appetite for failure.

You need an appetite for failure, though. Otherwise, where else would you go? It’s about trying to reach the ecstatic. It’s not about anything else. That’s hard to attain.