5 Songs We Can’t Stop Listening To with guest Estelle

5 Songs We Can’t Stop Listening To with guest Estelle 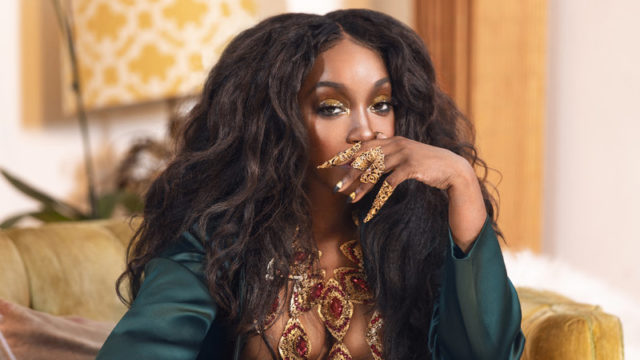 With music from Busy Signal, Pedro the Lion, Maxo Kream and more

Photo by James Anthony Green, courtesy of the artist

My guest today is Estelle. Estelle is a Grammy award winning singer and songwriter. She’s collaborated with John Legend, Robin Thicke, De La Soul and a million others. She’s even started her own record label. Her new album is called, “Lovers Rock” and we’ve been playing the song “Sweetly.”

Estelle: The last song I put up was from Busy Signal. He’s a reggae artist and I love him. A song called, “Know You Good.” He just put it up.

Justin Barney: What makes Busy Signal stick out to you?

Estelle: So do you remember when Beanie Man came out?

I was on a car ride and I just DJed Beanie Man on my phone for like two hours in the car ride. That’s how many records he has.

Justin Barney: So what slaps about “Know You Good?”

Estelle: It’s in the beat. It’s an old ’90s dancehall beat. So it reminds me of like me in the ’90s as a teenager going to all-dayers and parties and what not and that kind of vibe. The fact that he knows that vibe, brought it back and didn’t make it corny, that’s a good time.

2. “Quietest Friend” by Pedro the Lion

Song two this week is my pick. One song I can’t stop listening to is “Quietist Friend” by Pedro the Lion.

Pedro the Lion’s new album, “Phoenix” is about the first twelve years of David Bazan’s life, when his family was living in Phoenix, Arizona. And this song is about a time when David Bazan was in fifth grade and a group of kids were picking on one of David’s friends. This group of bullies looked to David Bazan to land this final blow and make fun of this poor kid, who also happened to be David’s friend. And instead of standing up for his friend, David gave in and he bullied the kid too.

I was thinking about this song and I really wanted to talk to David about it. So I called him up and we talked for a long time about this song. I’d like to play, right here, just a little clip of what David Bazan said about it.

David Bazan: You know, he didn’t trust me after that.

That was a hard realization to come to but it was also really important because I don’t want to sell anyone out. 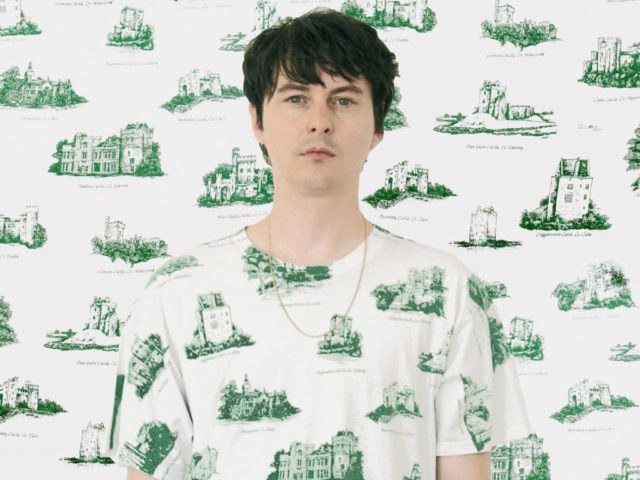 Justin Barney: “The question that I have that I would like to talk about is, what is the last song that you couldn’t stop listening to?”

Justin Barney: “I don’t know, uh tell me more about them. I don’t know that much.”

Panda Bear: “Uh, so I believe it’s a… god I don’t know who produced it even. I want to say it’s Mike WiLL. It might not be Mike WiLL. Mike WiLL did Black Beatles by them, which is another song I really love.

But, “Powerglide” probably came out I want to say about a year ago. Maybe a little bit more. Um, I think. I gather that they’ve just broken up, that Rae Sremmurd have just broken up, but uh… Swae Lee who’s the singer of in group is one of my favorite things.

Justin Barney: What about Swae Lee separates him or what connects for you?

Panda Bear: I can be kind of choosy about voices. It’s hard to like, put my finger on what it is that I like about a voice, but it’s just an instinctual response. Yeah, it’s hard to explain beyond that. Some people’s voices just sort of feel right I guess.

Justin Barney: That’s true! Yeah, I’m always trying to dissect it. I guess a lot of times you just hear it and that’s what it is. You know, yeah this is my jam. This is the thing.

Maxo Kream is Huston Texas’ truth teller. This song is about him writing letters to his friends and family members who are in jail. It’s about him literally just checking in on them. Telling them what’s going on in the neighborhood. Letting them know that he’s there for them. There is something about it the is casual and touching.

There are just some songs that are meant for you. This song is meant for me. Edith Piaf is in my top five artists of all time. And La Vie En Rose is her masterpiece. Covered by Lucy Dacus who made my number one album of last year. It’s like this song was made in a lab calibrated to my specific musical taste. I can’t resist but to love this song.