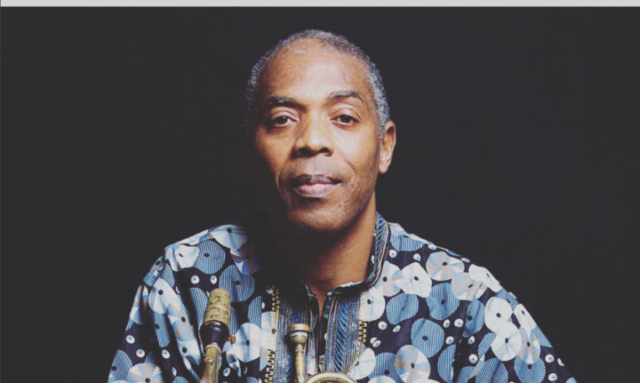 Five Songs We Can’t Stop Listening to is a collection of our newest favorite songs. Every week we ask an artist that we love to tell us about the music they love. This week we talked to Femi Kuti and Hot Snakes.

For the first song each week we talk to one artist that we love to talk to us about a song that they love. Today our guest is musical legend, Femi Kuti.

Femi Kuti has been making music in and out of Africa since the 1980s. His father, Fela Kuti invited the genre of Afrobeat, and Femi has been carrying the torch ever since.

His new album, One People One World, is out now and we are playing the title track here on 88Nine. Femi wanted to talk about one of his favorite songs to preform, and we had to patch him in from his home in Nigeria, so forgive the audio quality on this.

Justin Barney: Femi, what’s one of your favorite songs to preform right now?

Femi Kuti: Probably one of my favorite songs right now that I preform, is “Corruption Na Stealing” or “Best to Live on the Good Side.”

Justin Barney: Why do you like preforming that song?

Femi Kuti: People really go crazy for this number. It sounds better live, because since we recorded it, it has changed drastically.

Justin Barney: How has it changed, and what caused the change?

Justin Barney: What’s one of the gimmicks?

Femi Kuti: It’s like chanting, like a cry, a very painful cry. When I do it, the whole choir does it with me now. Everytime I do the song, everybody gets up to dance.

2. Superorganism – “Reflections on the Screen”

This is a Public Service Announcement, the debut album from Superorganism is out.

It clocks in at ten songs in thirty-three minutes. It’s tight, it’s concise, and it’s really listenable again and again.

One of the songs that caught my ear while listening to this album all the way through for the first time is this song, “Reflections on the Screen.”

There are singing birds on this, and there’s a choir, but my favorite part is lead singer, Orno. Lyrically, Orno is Seinfeld in the digital age. She sings here about life in 1080p, the effect that a slowly loading chat screen has on a relationship, and reflections on the screen. It is her clever lyricism matched with the bands innovative production that makes this my favorite band of 2018 and already one of my favorite releases. 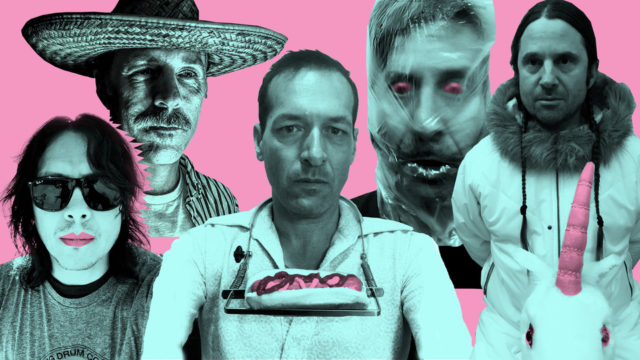 Our guest today is Hot Snakes. Hot Snakes is a rock band from San Diego, CA that formed in 1999. They’ve had a string of albums since, their newest being Jericho Sirens, we are playing the song, “Six Wave Hold-Down.” They are playing in Milwaukee on Thursday night at Mad Planet. We are talking to founding member John Reis.

Justin Barney: John, what is one song you can’t stop listening to?

John Reis: I’ve been listening to this record, it’s a record I’ve had for a long time, but I’ve really just been banging the hell out of it for the last month and a half, it’s a record by Bridget St. John. It’s her first record called, “Ask Me No Questions.”

The title track on that album I play often. Usually in the mornings. And quite loud. I have a hangover, and I play the song. I pretend that it’s being serenaded to me personally.

Justin Barney: This is Five Songs We Can’t Stop Listening To. Tyrone, what are you listening to?

Tyrone Miller: The one song I can’t stop listening to right now is August Greene’s new song. August Greene is Common, Robert  Glasper, and Karriem Riggins. They came together to form a super group. They redid “Optimistic” from The Sounds of Blackness and it features Brandy.

It was awesome. I heard it on NPR’s Tiny Desk concert, and they started doing this song. This was one of my favorite songs of all time.

I was DJing a few months back, I played it and one of my friends started crying because this was her song when she graduated college, so I’ve been playing it more. To hear them do this remake is really cool.

Tyrone Miller: It reminds me of that time, it’s a nice throwback for me personally. The feeling you get, you hear. There was this Black Boy Joy campaign on Instagram like a year ago and that was the song. It was cool seeing a lot of young black kids singing this, dancing, and having a good time.

So I listened to this song a couple weeks ago. Loved it. Went on with my business. Then, last week, there was a moment every single day where I found this song stuck in my head.

And I would find myself singing, “Love me back, love, love me back.” In the morning. When I came home from work. At random times in the middle of the day. And I was like, “That’s that song I listened to a couple weeks ago!” And if that isn’t an earworm, or a song I can’t stop listening to, I don’t know what is.

It comes from Chicago producer Flywire and Milwaukee native, Cole Steven. It’s “Love Me Back.”