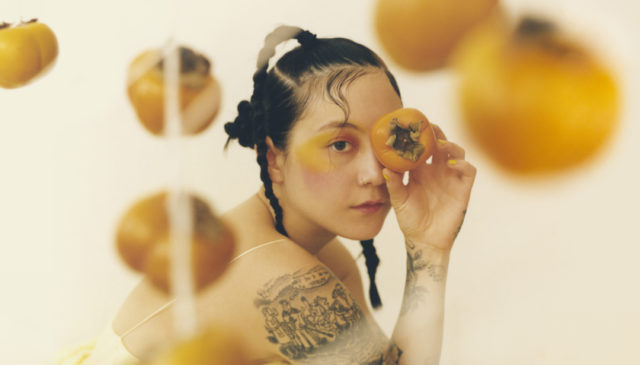 The 5 O’Clock Shadow is two versions of one song, and today we have a special guest, Michelle Zauner, lead singer of Japanese Breakfast. Hi, Michelle.

Hello. How are you?

I’m great. You are playing in Milwaukee this Friday at Turner Hall Ballroom.

I am. Very excited.

And you have a shadow suggestion for us. So what’s the song? What’s your shadow?

Well, the song is “Under Pressure,” famously sung by Freddie Mercury and David Bowie. And I think last year I saw that Karen O of the Yeah Yeah Yeahs, my all-time hero who I talk about quite a bit in my book, “Crying in H Mart,” did a cover of “Under Pressure” with Willie Nelson. And I think at first glance when I saw that they had covered this song, my first thought was like, “That’s bold.” You take like the two greatest performers of all time, and just the most iconic song, and you dare to cover it. But of course, to hear Karen O with Willie Nelson, I mean, it’s the pairing you never thought you needed.

What memory is attached to the original song for you?

Well, I would say that my family didn’t listen to that much music growing up, except for the greatest of the greats. So my dad would have Fleetwood Mac CDs. We would have Motown compilations, and then there was Queen and I feel like I was raised on those three main artists. Well, I know Motown is like a lot of different artists.

But I feel like the only music I really grew up listening to that came from my parents before I sort of formed my own musical tastes, and so I’m very familiar with Freddie Mercury and I just… Of being a kid and dancing around to Queen, and belting Queen with my parents, and I just feel like they’re such a beloved band that probably a lot of people my age listen to with their parents in childhood, just like such a perfect, undeniably great song.

What does Karen O give to the song “Under Pressure”?

I think that Karen O just has this understated, intimate power that is so unique to her voice, and delivery, and performance. It takes the song that’s like… Requires some really fierce vocal chops and just attacks it in this totally different way. I mean, I was just really taken aback when I heard this song slowed down and just delivered in this very different type of emotion that I never would have anticipated.

That’s my favorite type of cover, is when an artist can take this untouchable song that you think can’t get any better, and makes it entirely their own, and you’re able to appreciate it in this totally different way.