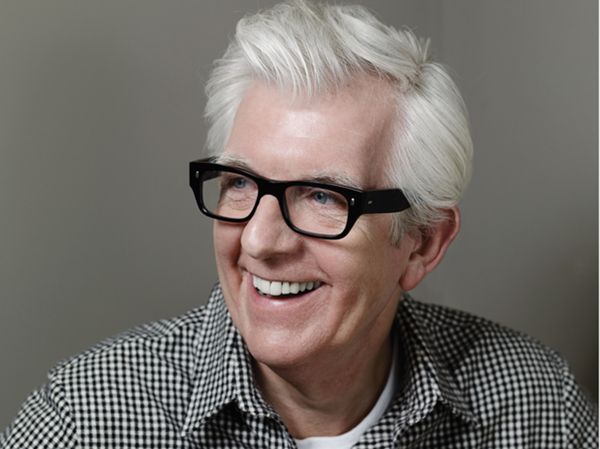 My guest today is Nick Lowe. Nick Lowe is from Surrey, England, and he started his music career in 1967. His biggest hit has been “Cruel to Be Kind”, released in 1979, and he has written and played with Elvis Costello, Huey Lewis and the News, Johnny Cash. The man is a legend. He most recently released an EP called Tokyo Bay, of which we are playing the song “Tokyo Bay” on 88Nine.

Justin Barney: Nick Lowe, what is one song you can’t stop listening to?

Nick Lowe: Well, one I can’t get out of my mind, rather irritatingly, I might add, is one by Los Straitjackets that they’ve been doing on this tour, which is an instrumental version of a tune called “Fishin’ Hole”, which is the theme music from the Andy Griffith Show, the TV show from the 1950’s.

Justin Barney: I love that song.

Nick Lowe: It’s a cracking little number, I can’t stop hearing it in my head. It’s really irritating. But I love it.

Justin Barney: Is it complete with the whistling?

Nick Lowe: I’m not familiar with the Andy Griffith Show music. I’ve only heard their version of it, which I think is such a great tune.

Justin Barney: That’s a song that will, after months, just pop back into your head. That’s a great tune.

Nick Lowe: It really is, yeah.

One song I can’t stop listening to this week is “Cradle” by Adrianne Lenker.

Adrianne Lenker is the lead singer of the band Big Thief. Big Thief’s album “Capacity” was my favorite album of the year last year, so I’ve been looking forward to this. This is the first song that we have from it.

I’m talking about it and I feel like I have to just treat it delicately because it is so delicate.

She does this finger-picking guitar style à la Iron and Wine and Leonard Cohen, and she has that closeness to the microphone where you can kind of pick up everything and it feels super intimate.

Every breath, every line she says, it feels like there’s this weight on her chest and she’s just able to get it out. “Cradle” by Adrianne Lenker. 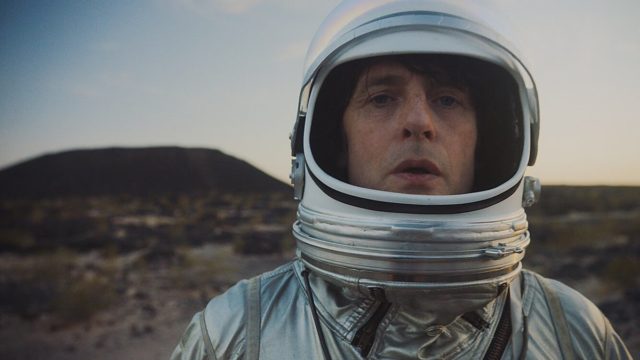 Justin Barney: What is one song right now that isn’t yours that you’ve been listening to a lot recently?

Jason Pierce: I felt foolish to suddenly realize it so clearly, but it was his birthday, singing from the stage, and he’s reading an autocue and it was beautiful. But the sort of real beauty of it came from this sort of ghosting of the audience. It moved him to tears, it was such a beautiful moment, that songs belong to everybody in there, you know. They’ve fallen in and out of love. And all the things that have happened to them in their lives connected to those songs, seemed so much more important than anything the author had to say about them, although, obviously he was singing them. I think Kris Kristofferson and any song, you know.

Jason Pierce: I’ve actually been listening to “Border Lord” but that’s kind of connected to, I think, a band called Acetone from LA that covered that song a while back. 20 years or so ago. But any song, I guess.

Zoey Knox: I’m great, I’m happy to be here. This is exciting for me.

Justin Barney: Awesome. Well what is one song you can’t stop listening to?

Zoey Knox: One song I can’t stop listening to is “Lil Thing” by Knox Fortune.

Zoey Knox: I did not just pick that song because I wanted to say Lil Thing into the mic.

Justin Barney: But you did.

Zoey Knox: But I did.

Justin Barney: Got that opportunity.

Zoey Knox: I got it out, which is great. I started listening to the song, it came out last Fall.

Zoey Knox: It is the perfect summertime jam. I feel like this whole album from Knox Fortune is just full of summertime bops.

Justin Barney: What are the parameters, what are the guidelines of a summertime jam?

Zoey Knox: Oh. It starts out with this nice little beat coming in. You’re like, “alright, alright.” I mean, he says “Beats.” First point.

Zoey Knox: It’s got a slow motion quality to it. The music behind it gives kind of this slow-mo, summertime quality.

Zoey Knox: Beats. Slowing it down. He says, “it’s summer.” So, referencing summer.

Zoey Knox: It’s summer. I’ll take all of those things. It’s just such a good song.

Justin Barney: What’s your favorite part of the song?

Zoey Knox: Favorite part of the song. I have to say it’s the beginning. They come in with this, his, like, jazzy little beats and this nice little backtrack that kind of follows them throughout the whole song. His voice has a, I don’t want to say distorted, but maybe kind of distorted quality, and it comes in kind of soft and then brings you in, and it just eases you right into the song and right into the album.

The song I can’t stop listening to this week is “Des Bisous Partout” by MUNYA.

The French language is just such a beautiful language, and I am a sucker. French is so romantic, music is so romantic, and the translation of this song “Des Bisous Partout” is “kisses everywhere.”

I am just in over my head listening to this song. As someone who listens to a lot of French music personally– because of my love– I find this song irresistible.

MUNYA is an artist from Quebec. She used to be a trained opera singer and now she is making this nouveau-ye’ye music. This is “Des Bisous Partout” or “kisses everywhere.”