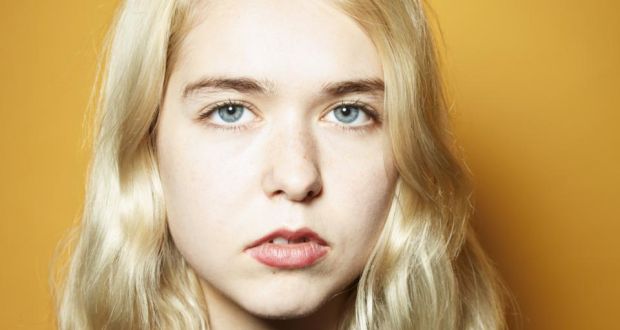 With music from Sonic Youth, Orville Peck, The Internet and more

My guest today is Snail Mail. Snail Mail released what might have been the best album of 2018. That is my opinion and I am sticking with it! I loved Snail Mail’s album “Lush” last year and I was so thrilled that I got a chance to talk to her. This is part of a larger conversation that we had. I’m going to throw a link to the whole thing at the end of our song. This is a little bit of my conversation with Lindsey Jordan, who is Snail Mail.

Justin Barney: “I usually end interviews talking about a song that you’ve been listening to recently and since we’re talking about sad songs right here. What’s one of your favorite sad songs?”

Lindsey Jordan: “I really like ‘Winner’s Blues’ by Sonic Youth. That’s one of my favorite sad songs of all time.”

Lindsey Jordan: “It’s on that record ‘Experimental Jet Set’ and there also is that song on it ‘Sweet Shine’ which is my favorite song “1.31”.  I don’t know. It’s really vague, which I really like. I have no idea what it’s about, but I really like “1.42”  I also really love emotionally vulnerable Sonic Youth. That songs ties into an insane melody and it’s so beautiful. I learned to play it on guitar the other day when I was home and it’s this insane open tuning that I’ve never heard of that they probably made up. It’s just like random strings being held down and the song to me sounds like it was like… I don’t know it’s super unique and it’s an LP that I haven’t really heard be emulated and also I think it’s really underrated Sonic Youth record. But, yeah it fucked me up. Oh, and the way the vocals are recorded too. It’s really beautiful, muffled, cool.”

Orville Peck is a cowboy. You are going to be able to tell that from the classic boom boom-boom crash of the drums in this song, and the forlorned sorrow in his throat. And if you were to see him, well, you never really actually see Orville Peck. His signature is his mask, which is literal.

Orville Peck is always wearing a mask. He makes them by hand. With a piece of leather that goes over his eyes, he’s something like Zorro with a guitar.

There is something about it that really feels right for the moment, when nothing is secret, there is the mystery of Orville Peck. 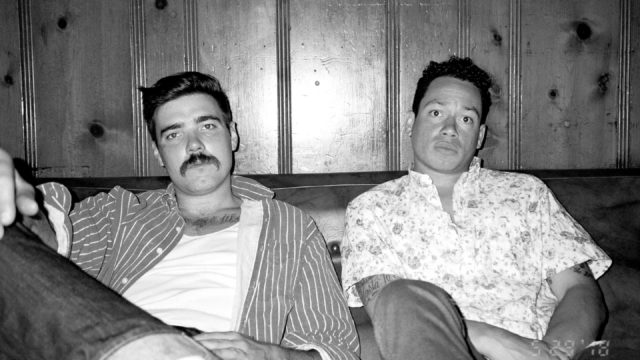 Our guest today is The O’ My’s. The O’ My’s have been at it for the better part of a decade. Making music that is soulful and fun out of Chicago, Illinois. They have a new album out now called “Tomorrow”. They’ve got a song with a feature from Chance the Rapper. They are also going to be at Grace Weber’s Music Lab this Friday, at 88Nine. My guest today is Maceo Haymes, lead singer of the O’ My’s.

Justin Barney: “Maceo, what’s the last song that you couldn’t stop listening to?”

Maceo Haymes: “Hmmm… Okay, I need to think. It’s The Internet, ‘Wanna Be’. So, for two weeks I’ve been listening nonstop every morning.”

Maceo Haymes: “Yeah, The Internet and the song is ‘Wanna Be’.”

Maceo Haymes: “Yeah, no that song is awesome.”

Justin Barney: “Why that song on the album?”

Maceo Haymes: “So, about two weeks ago was my first time listening to The Internet’s album all the way through and that was the one that jumped out at me the most. I think probably because, it’s obviously Steve Lacy guitar that’s super chorusy, very pretty, and then I love her voice, but also her lyrics. Lots of it is very 90’s inspired, but then lots of them are about relationships or trying to talk to a girl. They’re really funny and really genuine.”

Justin Barney: “What is ‘Wanna Be’ about?”

Maceo Haymes: “I the song is about starting to develop some sort of relationship with somebody. You know when it’s in that stage where there aren’t any titles in it and it’s a new blossoming relationship and you’re like, oh I wonder if this person is feeling this way too. Like, maybe they wanna be my girlfriend, because that would be cool.”

Justin Barney: Marcus what are you listening to?

Marcus Doucette: I’m always looking for stuff and I was digging around for some global music and I found myself on this French site and I ended up discovering this dude from California who apparently is like, getting hip in France because he signed to “Air’s” record label. His name is Cola Boyy and he’s kind of got this interesting story, A) he likes soda pop that’s obvious, but he’s from Oxnard California – something’s in the water there I mean, Anderson .Paak, Madlib, I would say throw Cola Boyy on there. He’s got a new EP called “Black Boogie Neon” and he’s just a real interesting dude.

The video for for the song that I really love, “Penny Girl” by the way is super dope and it just feels rootsy in all  the sort of round, lovable ways but Cola Boyy once you see him you’re gonna be like ‘okay, this is interesting’ because he’s obviously dealing with some sort of disability. I’m not even sure what it is, I don’t think that it matters, ‘cause his music is so dope. As a singer, he’s kind of got a limited range but he makes it work within the context of what he’s doing which is like, Studio 54 era sort of disco-boogie like crossed with some MGMT and maybe A skosh of Mac Demarco. It’s just dope, really cool.

5. VOILÀ picks “High Hopes” by Panic! At the Disco

Our guest today is VOILÀ. VOILÀ is an LA based duo that has Milwaukee ties. Singer Luke Eisner was born and raised right here in Milwaukee, WI and the group is coming back to Milwaukee for the Pablove benefit concert at Turner Hall Ballroom this Saturday. Pablove is a benefit concert put together by an all-star Milwaukee cast in order to improve the lives of kids and families battling childhood cancer. My guest today is VOILÀ.

Luke Eisner: For me it’s a song that kind of brings us back to Wisconsin. It’s “High Hopes” by Panic! At the Disco.

That was one of the first moments for me that made me want to do music was when I saw Panic at Summerfest. I was probably 11 or 12 and every time they came through The Rave I was in the front row. So now to see Brendon’s progression with that band is crazy and I love that he’s back on the radio with this song.

Justin Barney: Wow, I saw them at Summerfest a couple years ago playing with Weezer. And I am a huge Weezer fan, but they just blew Weezer out of the water. They were just amazing performers.

Luke Eisner: I remember seeing them so many years ago when I was in 8th grade or a freshman in high school and he had such control of the crowd. He said, “If you have a shoe, put your shoe in the air.” Everyone took their shoe off and put it in the air. And I was like, “This guy is unbelievable.” I remember watching that show and I was a fan of theirs and after that I was like, “Well that’s my favorite band now.”