5 Songs We Can’t Stop Listening To: SXSW discoveries and guest The Decemberists

5 Songs We Can’t Stop Listening To: SXSW discoveries and guest The Decemberists 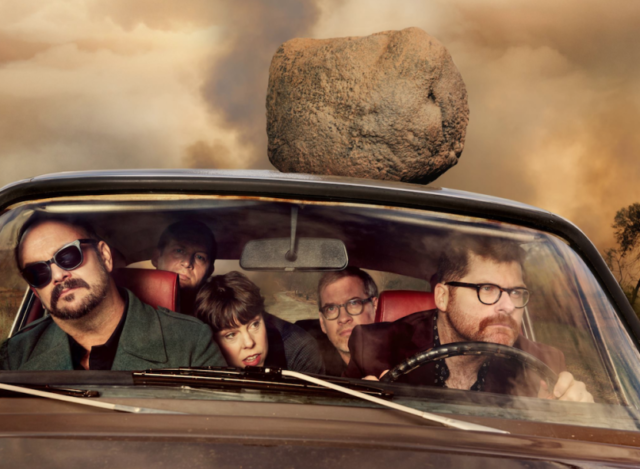 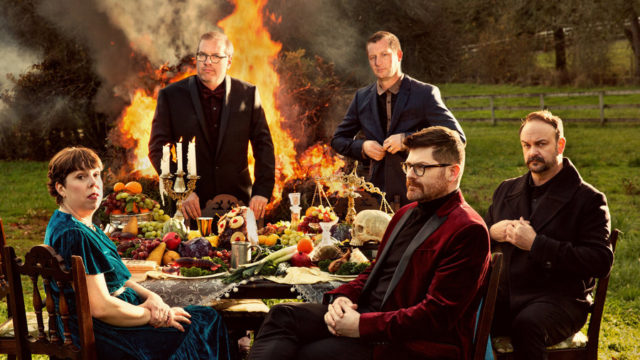 A lot of the songs I pick this week are going to be stuff I saw in Austin, Texas at South by Southwest. This was one of my favorite discoveries at South By, Josh T Pearson.

A lot of the action was happening in the city, but for Josh we took a car out to east Austin which looks a lot more like the romantic Texas. It’s dusty, it’s sparse, and there were literal tumbleweeds going across the street when we entered this little dive bar called The Thirteenth Floor. It could maybe fit twenty people max, and we were sitting outside in the back.

Josh T Pearson came walking up to us, I was with my friend from his record label, Mute. She asked him how he was doing and he said: “Man, on Wednesday we got ‘South by-ed’ hard and we didn’t sleep ‘til Friday night.” He was playing on Saturday.

He’s a good ol’ Austin boy, he was in this band called Lift to Experience that released this album “The Texas Jerusalem Crossroads” in 2001, so he’s a bit of an Austin legend. He set up between the bar and the door, he’s just one guy standing there, clean white cowboy hat, in this Austin accent, singing these old sad songs. He played this one song, “I’m so Miserable, it’s as if You’ve Never Left”.

In the middle, he played this song, “Straight to the Top.” His new album is coming out, it’s called “The Straight Hits.” Every single song on the album includes the word ‘straight’. He introduced every song by saying “this is a smash hit from the upcoming album,” so it’s kind of funny, it’s truly Texas. And, there was something very romantic in my mind about seeing this tall guy, clean cowboy hat, playing with a guitar, in this old dive bar in Austin.

I love this song, one of my favorite discoveries from South by Southwest. Josh T Pearson, with “Straight to the Top.”

3. Stella Donnelly – “Boys Will Be Boys”

When I was at South By South West, we went to this club, The Barracuda. It is the most in demand spot there. There’s people lined up for blocks. In the middle there’s somebody playing inside and there’s somebody playing outside. It’s always loud. There’s a lot going on and I walked up to see Stella Donnelly. She was in the middle of playing this song. She not only silenced a crowd, she silenced the city. You could hear a pin drop in this show.

I was watching it and I could not help but just say, “Wow,” as it was going on. It was incredible. It was moving. This song itself is incredibly emotional. She even said when she got to the end of it, “That’s the 13th time that I’ve had to perform this at South By, and it has not gotten any easier.” I believe it, but I thank her and appreciate her for doing it.

Justin Barney: I’m here with my boss and our program director, Jordan Lee. Last week we went to SXSW.

Justin Barney: What did you see that you loved there and one song from that artist?

Jordan: Okay. One artist I accidentally got to see that blew my mind away: Dr. Octagon. Are you familiar with Dr. Octagon?

Justin Barney: I’ve heard the name, but I can’t tell you a song.

Jordan Lee: Okay, so while backstage at Stub’s when we were seeing Tank and the Bangas, I ran into Dan the Automator’s manager. He’s like, “Dan’s here for South By for a Dr. Octagon performance.” I was like, “What?” Because Dr. Octagon is producer Dan the Automator- from Handsome Boy Modeling School, etc. etc. Etc.; Gorillaz, you might know him from working with them- Kool Keith, and Qbert. Qbert is the Dalai Lama of turntablism.

Justin Barney: And you love some turntablism.

Jordan Lee: Are you kidding me? Qbert and I actually have a common denominator through Gabriel Prokofiev, who wrote the Concerto for Turntables and Orchestra, which I’ve had the pleasure of performing seven times, so for me to be able to see Qbert… I lost my mind. So they’re back!

Justin Barney: Where were you?

Jordan Lee: I really don’t know. I confidently walked with our friend Jessica and Jay Bird from Rhymesayers Records and I followed them somewhere across the freeway. I don’t know where we were, but I know we were there and I know I was there with Karriem Riggins and I was losing my dang mind.

Jordan Lee: It was incredible. So Dr. Octagon, I mean, you have to realize that Dan the Automator is an amazing beatsmith, but Kool Keith is probably equally as powerful on the mic as Qbert is on the cut. There would be songs where Qbert was scratching for 2 minutes straight, and I was loving every second of it, man!

Justin Barney: Hit us with a song.

Jordan Lee: The new song is “Area 54.” This is the only song we’ve heard so far from this forthcoming album that’s coming out. You’re going to love the title of this album, Justin.

Justin Barney: Alright. Hit me up.

Justin Barney: I don’t know what that means.

Justin Barney: When you get goosebumps?

Jordan Lee: Goosebumps, right, but this is called “Moosbumps.”

I kind of love when a band looks like a band and U.S. Girls was certainly that band at South By. Their sax player came out in a black turtle neck, black beret, sunglasses. Their keyboardist was wearing a silk smoking jacket. Their bass player was wearing a bucket hat and overalls. Each one had their own distinct and unique individual style. I love that.

Then there’s Meg Remy, the lead singer. Despite the band being called U.S. Girls, Remy resides in Canada currently. She’s like this singer-songwriter that went through this real and intense hip hop and funk period then came out with this record. It’s full of grooves and hooks that are straight up hip-hop. She’s got the attitude and swagger to boot, with the lyrics that cut straight through. This song is dangerously cool.