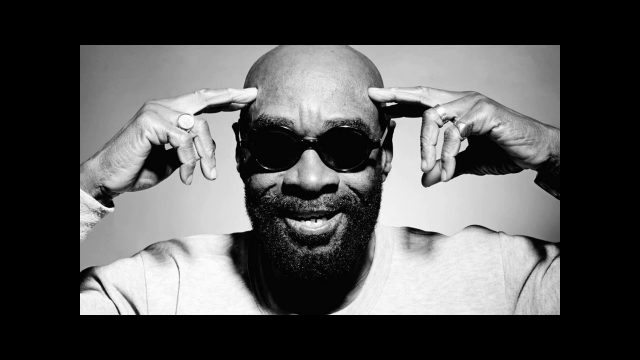 Coming Home is the one-stop primer, the keyhole that unlocks Thomas’ broad body of work. From his early days in the Broadway Dance Band, Marijata, the Sweet Beans and other incarnations and evolutions. The “Golden Voice Of Africa,” Coming Home offers listeners a chance to get to know Thomas’ career in one neat, if not totally complete package. Definitely one of the best compilations of 2016 and a must for world music and African music diggers.

It’s weird how sometimes you ‘discover’ an artist whose music you already were aware of. For me, that was the case when I picked up Pat Thomas’ 2015 release Pat Thomas & The Kwashibu Area Band. A dope discovery for sure, the album was surprisingly his international debut. Surprising because it was like discovering a legend fully formed, one just needed to research him a bit to discover a deep catalog of material and some of the best West African highlife ever produced. His 2015 release had just whetted my appetite for more of his stuff as well as a whole new understanding and appreciation for this sound.

Highlife is typically Ghanaian, having come from the rhythms of the Akan people and likely influenced by the soukous guitar sounds from the Congo that had come to prominence in the 50’s. American soul hit Ghana hard in the 60’s and you can hear the effect of it on the highlife of the time; Soukous and soul made highlife sound a sweet, sunshine sound bound by jazzy horns, lush organ grooves under intertwining guitar-driven melodies and call and response vocal interplay. Pat Thomas is a product of those times and perhaps the best example of the genre’s evolution, putting him on par with other masters like Tony Allen, Fela Kuti or Ethio-jazz master Mulatu Astatke and making me excited for the compilation Strut Records just released this fall.