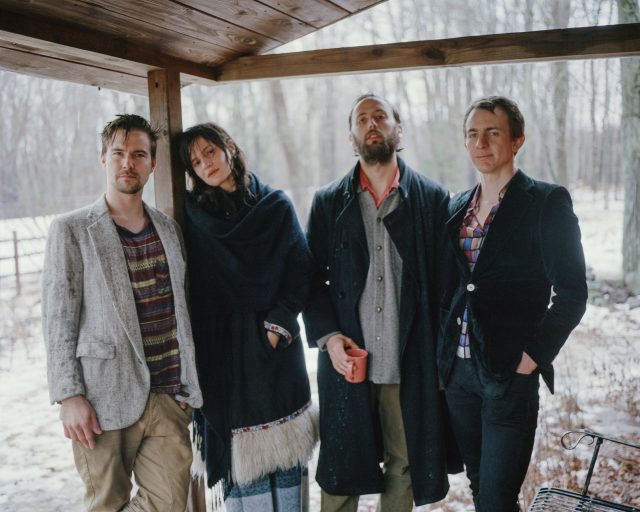 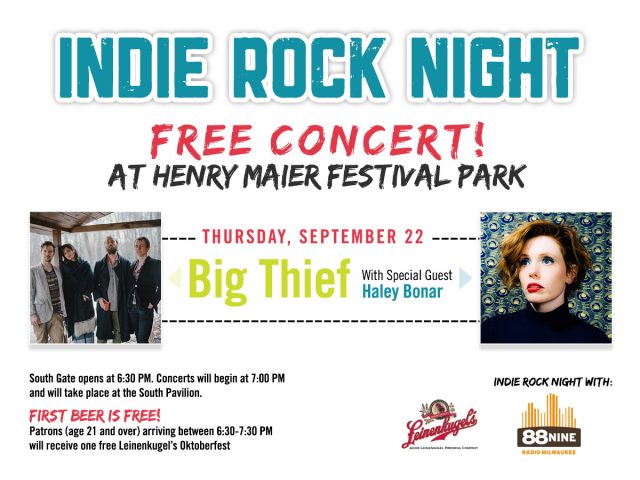 What: Indie Rock Night with Big Thief and special guest Haley Bonar
When: Thursday, September 22 | Gates @ 6:30, Show @ 7
Where: Summerfest South Pavilion
Who: Anybody! All for free!
Bonus: Attendees 21+ arriving between 6:30-7:30 will receive a FREE Leinenkugel’s Oktoberfest
Bonus Bonus: Free limited parking in Lots A and G

Great music continues at Henry Maier Festival Park! Supported by Summerfest Foundation, Inc., the free show will begin at 7:00 p.m. and the first beer is on the house!

Joining Big Thief is Haley Bonar, a fellow Midwesterner from Saint Paul, MN whose skillfully written songs are borne from her own memories and ideas for the sole interpretation of the listener. Her latest album, “Impossible Dream” has been met with critical acclaim.