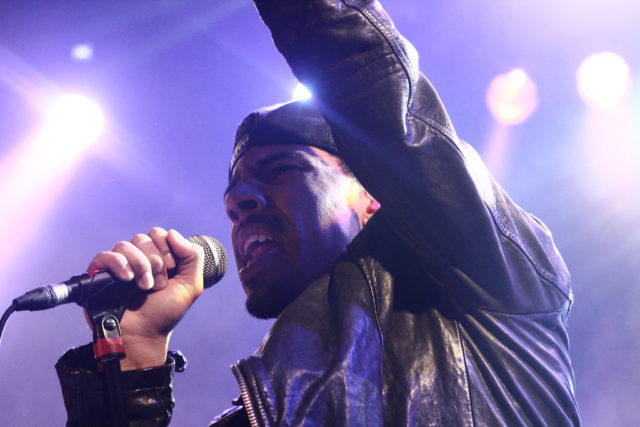 Last year we caught up with Australian indie-rocker Courtney Barnett to talk about her frothy latest album “Tell Me How You Really Feel.” She’s been a station favorite for years, thanks to her wayward lyrics and gift for buzzy guitar riffs — she’s the rare songwriter who can crack you up and break your heart with the same lyric. Her headlining set tonight should be nothing short of an absolute joy. You can revisit our “88 Seconds” feature with her below.

Vic Mensa will be performing during Summerfest July 4 at the Uline Warehouse Stage. He just announced a co-headlining tour with his new rock, rap and punk inspired group 93PUNX and Jesse Rutherford of (The Neighbourhood) called “Heads & Tails.” They are literally going to toss a coin to see who headlines the evening for each scheduled show. The 15 date tour kicks off in Pomona, Calif., on Aug. 22. This adds so much intrigue to the Summerfest show. Will he perform new music from the group alongside hits like “U Mad” and “Liquor Locker?” I guess I have to go now!! Check out the new song that’s been raising eyebrows from 93PUNX, “Camp America”

With a one-of-a-kind, chilling-to-the-bone, powerhouse voice, Amanda Huff’s ethereal talent is sure not to miss. From the moment the Milwaukee musician’s voice fills the room, she cultivates an energy that is reflective of her sincerity and transparency, all while enticing you for more.

Few artists relish the stage quite like Backline alum Lex Allen, so we’re excited to see what he has in store during this prime Summerfest spot. Smart money says he dazzles, as always.

Fresh off the release of their sophomore album, X Ambassadors are expected to bring their A-game to Summerfest. They are dominant players in the wave of post-Imagine Dragons alternative, with radio hits, a tight discography and the smooth and sultry voice of lead singer Sam Harris. Their sound is distinct, and they are sure to put on a show that will be exciting and entertaining for both fans and new listeners.

At the Harley-Davidson Roadhouse: Sublime With Rome, 9:30 p.m.

Since Sublime drummer Bud Gaugh quit the group in 2011, the more accurate name for this touring trio would probably be “One Of The Guys From Sublime With Rome,” but we won’t quibble. With Bradley Nowell soundalike filling in for the late Sublime frontman, this group plays to big crowds of fans who grew up knowing every word to “40oz. To Freedom.” This spring they released their third album of new material, “Blessings.”

A day without an amphitheater headliner

Who’s headlining the American Family Insurance Amphitheater today? Nobody. In what must be a first for the festival, two amphitheater acts canceled the same date due to health issues: Ozzy Osbourne was originally scheduled to perform before he canceled his tour to recover from pneumonia, then his replacement, Megadeth, also canceled their tour after Dave Mustaine’s cancer diagnosis. We’re wishing all involved a speedy recovery.

Summerfest is offering free digital admission tickets to the first 15,000 users who download the Summerfest App and claim their ticket. This ticket is valid only for July 4 and there is a limit of one ticket per device.