Where does Summerfest go from here?

Where does Summerfest go from here? 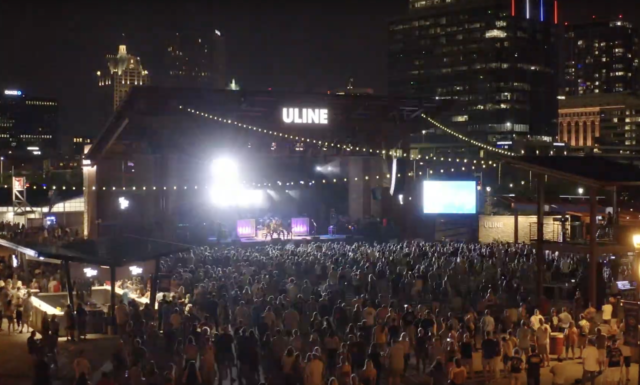 The numbers are in for this year’s Summerfest, and they’re bad. After weeks of speculation about its dwindling attendance, yesterday the festival revealed that it drew 409,386 people this year, a 43% drop from 2019’s attendance.

In truth the damage could have been a lot worse. This was always likely to be a smaller-attendance year, given the festival’s unusual move to September. And that was before a surge in Covid-19 cases amid the Delta variant jeopardized the entire festival, causing some acts to cancel and forcing Summerfest to adopt some minor new entry protocols that caused a whole lot of backlash. The winds were very much against the festival this year.

And yet, despite all the headaches and uncertainty, this year’s festival was one of the most welcome and enjoyable in recent memory, Piet and I agree. On this week’s episode of Tap’d In, we recap Summerfest’s very unusual year — a year in which any of its amphitheater headliners could have canceled at any moment, and yet the festival still succeeded in making things feel as “normal” as possible. As one commenter put it on Facebook, 2021’s attendance numbers may not have been great, but they were infinitely better than 2020’s.

We also talk about the tough decisions that lay ahead for Summerfest. Although the Delta variant was the main cause of the festival’s attendance woes, the festival’s new three-weekend, nine-day structure certainly didn’t help, either. The festival has committed to that three-weekend structure again for next year, but should it? Piet makes the case for why three weekends are better, but I’m not convinced. Breaking up the festival into tiny chunks like that dulls the excitement and somehow makes what had been a huge event feel like less than the sum of its parts.

The festival will also have some tough financial decisions to make, and that could impact the lineup we’re likely to see next year. Will the festival continue to invest so heavily in grounds-stage headliners even as attendance dips? Will it continue to book 4 p.m. national headliners, even though most of them didn’t draw much of a crowd this year? Can you really draw any conclusions at all from a year that was so unusual?

We discuss that and some of the highlights of this year’s festival (and there were a lot of them, including an extremely personal Miley Cyrus concert) on this week’s episode, which you can stream below.