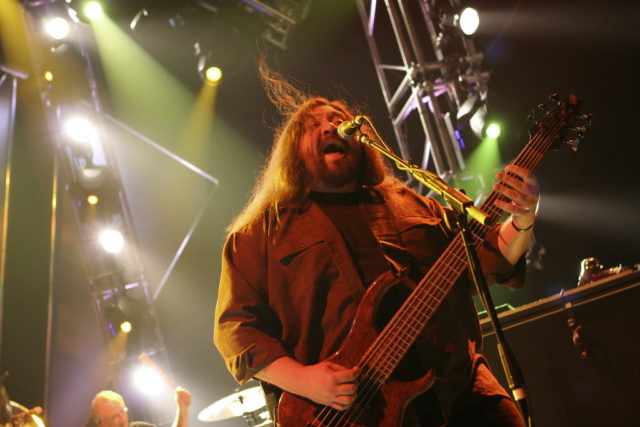 Friday-Sunday at 7 p.m. @ The Riverside Theater

I’m gonna call it like I see it; Widespread Panic’s annual three-night run every fall in Milwaukee is basically a festival. The kind of thing that many fans hinge the season around, often ending up at all three show as well the numerous official and unofficial afterparties. I can attest as someone who isn’t particularly into Widespead Panic, yet has had a great time at the shows and attendant activities, that it really can be about more than the music as show are an umbrella for a bunch of associated good times, even if you only go for a night or three.

Maricka Hackman is the artist starring at not only the Back Room on Saturday night but also on our airwaves for a session at noon on Saturday at Radio Milwaukee. She really found her footing with her last release, I’m Not Your Man—which earned raves from The Guardian, Stereogum and Pitchfork—and its sybaritic, swaggering hit “Boyfriend,” which boasts of seducing away a straight guy’s girlfriend. She might not steal a guy’s girlfriend on Saturday night, but she may steal yours.

This is the show I’m definitely not missing this weekend; not when a band that fluidly flits between electronic, Brazilian, Jamaican and pop sounds is in town. I’ve been into Thievery Corporation for quite a long time. I’ve been DJing their stuff since before I was even on the radio and I find it amazing how solid they’ve stayed. Played and headlined all the dopest music festivals, put out a ton of great records and maintained their very own record label while never, ever having a radio hit. Some bands tour forever on the strength of one over-arching hit song while others, like Thievery Corporation, have done by staying consistent and true to their own considerable good taste.

Every year, I get the Milwaukee Film Festival guide and make an overly ambitious plan to see half of the films playing. In reality, I’m lucky to see two or three. If you’re like me you might do well to check out one of the special events MKE Film Festival offers around one of its weekend showings. Now, if you love Cuban music as much as I do, the Avalon theater is showing the film “Bakosó” an exciting, propulsive journey that follows DJ Jigüe through the past and present of modern Cuban dance music. DJ Jigüe will be performing after this special screening where you will learn of the genre’s African origins and the deep influence of African culture that still manifests itself in today’s Latinx music.

If the Bucks’ deep playoff run didn’t make you a fan of the Greek Freak and Co., then you were likely a fan from the start. Well, this Monday is not only the second home game of the season, but also our first Milwaukee Monday. That means 88Nine is going to be there, a bunch of members who picked up tickets during the Membership Drivewill be there and the halftime show is a band we love to see winning, Dead Horses. Go Bucks!

Oh boy, there's a lot to choose from, mostly on Saturday...